By Linda Burnham and Anisha Desai

State of California welfare policies are depriving thousands of women and children of their rights to food, clothing, and shelter and endangering their health. The so-called “Maximum Family Grant” deprives newborn children of the very same benefits that their siblings receive because women who give birth to another child while on welfare do not see their benefits increase upon the birth of their new child. This perverse attempt to influence family planning decisions of poor women is in direct opposition to Article 25 of the Universal Declaration of Human Rights, which states, “All children, whether born in or out of wedlock, shall enjoy the same social protection.” 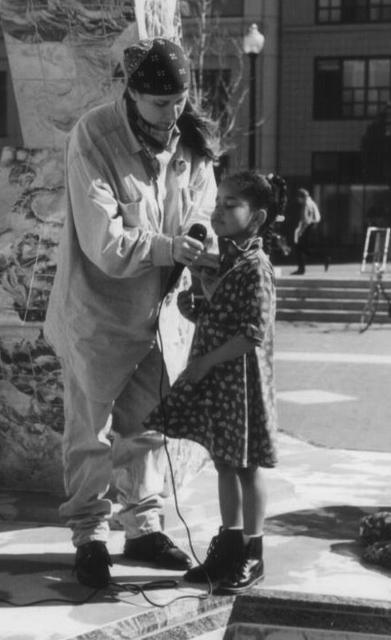 In 2006, the Women of Color Resource Center (WCRC) initiated a study of the impact of the child exclusion policies on the security and well-being of affected families and on the reproductive decision-making of women on welfare.[1] By every parameter of family security reported on, families with excluded children were less secure than families that had not been capped. Perhaps it was not the intention of the policy-makers to deprive women and children of food, clothing, and shelter and to endanger their health, but that has been the overall effect.

Women whose welfare benefits were capped reported higher levels of family hardship and distress. Their families experienced higher levels of housing and food insecurity; were more likely to have problems paying for transportation and utilities; have a significantly harder time providing diapers and clothing for their children; and are more likely to have taken a child to the hospital in the preceding six months.

Raising Families on $500 per Month
Of the 200 women interviewed (in Alameda, San Joaquin, and Los Angeles counties) nearly 76 percent had monthly household incomes under $1,000, with about a quarter of them living on less than $500 per month. On average, the women had 2.3 children living in households of 4.3 people. Fifty-five of the women surveyed (27.5 percent) reported that they had at least one child excluded from benefits because of the rule.

It is difficult to discover exactly how many children are denied support in California due to the policy because the state does not collect that data. But a General Assistance Office (GAO) study reported that on average 53,417 families per month were capped in 2000—that’s 9.5 percent of California’s caseload and nearly 50 percent of the total families capped nationwide.[2] The report estimated that a two-person family that had an additional child while on welfare in California stood to lose $121 per month in cash assistance. With average welfare grants amounting to $544 per month, that’s a significant reduction of a family’s already limited financial ability to care  for their new child.

In the WCRC survey, 41 percent of the women affected by the Maximum Family Grant rule were Asian, 30 percent Latina, and 24 percent African American—with the rules disproportionately affecting families with lower English language skills, despite a law that requires annual notification of the Maximum Family Grant rules in native languages to those with limited or no English literacy. The Vietnamese-speaking Tran family, for example, did not find out about the rule until after their daughter was born. And without additional support, they were often unable to afford enough food to keep the whole family healthy. Their story, unfortunately, is all too typical of families whose benefits are capped.

Punishing Children to Punish Families
A disturbing find of the study is the effect of the welfare cap on a family’s ability to provide for the basic needs of excluded children. Forty-six percent of affected women reported not being able to adequately feed their families; while 45 percent reported not being able to afford diapers or clothing for their children (as compared to 26 percent of families not affected by the cap). An even more disturbing find is the proportionately higher number of children from affected families who had been to the hospital in the six months prior to the interview—more than 20 percent, as opposed to 15 percent among unaffected families. This clearly speaks to both the heightened vulnerability of these families and the increased burden on social services.

The adoption of the child exclusion policies is one of the many results of a decades-long campaign to stigmatize people on welfare. It’s a campaign often characterized by racial bias, misogyny, and contempt for the poor. In California, advocates and service providers have been fighting the child exclusion policy since its introduction in 1997; and since the early 2000s, a collaborative of racial justice and women’s rights groups, legal advocates, and direct service providers has been working towards a legislative response to the welfare cap. Their work culminated in the 2007 Provide for Every Child (AB 22) bill, introduced in the California legislature by Representative Sally Lieber. The bill aims to revoke the Maximum Family Grant rules on the grounds that the state had reneged on its obligation to enact laws that serve the best interests of children.[3] It makes the argument that a legislative act that excludes poor children from receiving necessary assistance cannot be working in the best interest of those children and violates their basic human rights.

The bill stalled in committee last year and given the dismal state of California’s budget in 2009, is unlikely to pass this year despite support from the Speaker of the House and well-known child advocate, Karen Bass.

No Stimulus for Poor Children
The grim state of California’s coffers is simply a reflection of the nation’s economy and offers little immediate hope. The economic stimulus bill currently under consideration is $40 billion short of what was originally proposed and makes further cuts in food stamps and aid to the unemployed. The only bright spot in the current national social services scene is President Obama’s recent reinstatement of the State Children’s Health Insurance Program, which publicly recognizes the need for healthcare for young people.

Further lobbying efforts in 2009 are unlikely to yield success. Instead, collaborating organizations are focusing on reinstating benefits for families today, while education and advocacy around the legislation continues. Law students working at the East Bay Community Law Center in Berkeley, Calif. are currently reviewing about 300 Maximum Family Grant cases and are also putting together a how-to guide for child advocates to fight such cases. A media strategy by reproductive justice organizations and faith-based groups continues to keep the impact of the policy alive. This is also the perfect moment for communities to support advocacy and social service agencies directly—as well as keeping up pressure on legislators—to ensure that the human rights of California families are not an afterthought, but a central priority of the state.

Endnotes
1.        The study was conducted in partnership with the East Bay Community Law Center, Oakland, St. George’s Health Center, Modesto, California Women’s Law Center, Los Angeles, and Black Women for Wellness, Los Angeles.
2.        Welfare Reform: More Research Needed on TANF Family Caps and Other Policies for Reducing Out-of-Wedlock Births (GAO-01924 9/2001).
3.        The Convention on the Rights of the Child. Article 3. “In all actions concerning children undertaken by administrative authorities or legislative bodies, the best interests of the child shall be a primary consideration.”