The Role of the Black Panthers in Oakland Politics 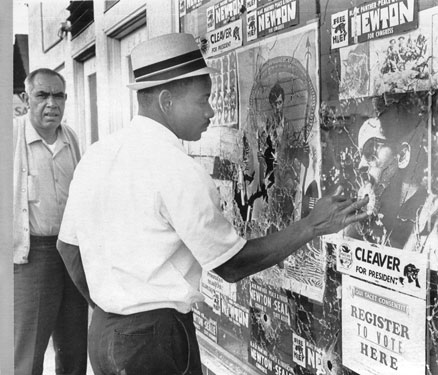 The root of the problem with African American politics in Oakland goes back to the successful 1977 campaign of Lionel Wilson, the city’s first black mayor, according to Geoffrey Pete, an African American business leader.

Four years prior, after the Black Panther Party sponsored a 1972 voter registration drive that put several thousand new voters on the books for Alameda and Contra Costa counties, Black Panther Party Chairman Bobby Seale had run for Oakland mayor. He shocked political observers by coming in second in the first round of voting and forcing a runoff against the incumbent white mayor, John Reading. With Reading choosing not to run again in 1977, Wilson won the mayoral election in a runoff.

In the normal course of events, the Black Panther Party would have used its organizational power to put pressure on Wilson to address specific African American interests and issues in the city. But Panther co-founder Huey Newton had just returned to Oakland from exile the year of Wilson’s election as mayor, setting off a fierce turmoil and infighting within the Black Panther Party, which led to the ouster of Seale and Elaine Brown—Panther leaders and architects of the party’s foray into electoral politics. Under Newton, the Black Panther Party veered away from electoral politics—including coalition politics with the newly-elected mayor—and the Party itself fell into disarray, eventually imploding and disintegrating.

“Because the Panther Party was gone, they never held Lionel responsible and [they failed] to remind him who he was beholden to,” said Pete. “So Lionel went the other extreme. That’s not to say that he didn’t advocate for African American interests, but the blueprint [for advancing black interests in the city] was never cemented.”
Tweet
‹ Black Political Power: Mayors, Municipalities, and Money up The War on Drugs and the New Jim Crow ›