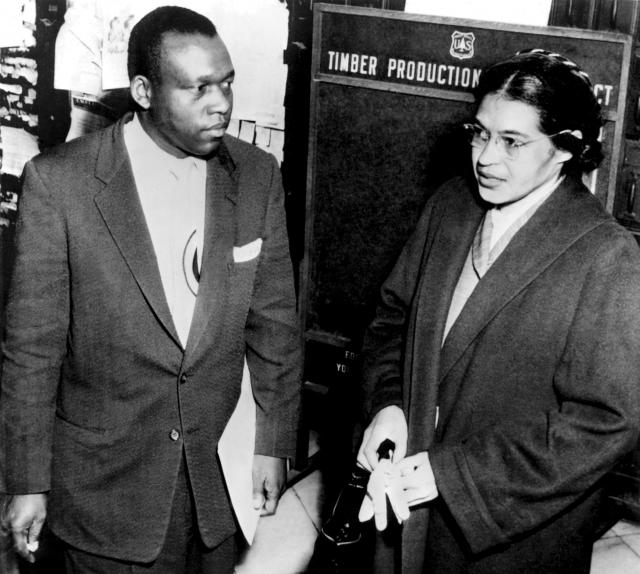 Fifty years ago, Rosa Parks did not give up her seat on a bus in Montgomery, Ala. Public transportation, and more specifically buses, became the stage from which the civil rights movement was launched. This act of courage is fresh in our minds due to the recent passing of Mrs. Parks. Viewed as a national hero, her body was placed in the rotunda of the U.S. Capitol—the first woman ever accorded such a tribute.

The irony is that today, discrimination is alive and well in mass-transit bus service. In the Bay area, for instance, a federal civil rights lawsuit is pending in the U.S. District Court in San Francisco, charging that the Bay Area's Metropolitan Transportation Commission (MTC)—which plans and allocates funding for the area's transit needs—supports a “separate and unequal transit system” that discriminates against poor transit riders of color.

The lawsuit, filed on behalf of African-American and Latino AC Transit riders, states that public monies are spent to expand a “state-of-the-art rail system”—BART and Caltrain—into relatively affluent suburban communities, at the expense of a shrinking bus system, AC Transit, for low-income people of color. According to AC Transit's ridership survey, nearly 80 percent of its bus riders are people of color, and more than 60 percent of them have no other means of transportation. In cities across the nation, African Americans and Latinos comprise over 54 percent of transit users, according to the Harvard Civil Rights Project. Richard Marcantonio, an attorney with Public Advocates, citing data from the federal National Transit Database, noted: “As a result of MTC's knowingly discriminatory funding practices, AC Transit riders receive a public subsidy of $2.78 per trip, BART passengers receive more than double that—$6.14—and Caltrain passengers receive $13.79, nearly five times more than AC Transit riders.”

And it's not just AC Transit. Just last week, The San Francisco Chronicle published an article detailing the high cost of a commuter train in Marin and Sonoma counties (“New debate over light rail for North Bay,” Nov. 22, 2005). A report prepared by an engineering firm and requested by the Sonoma-Marin Area Rail Transit District not surprisingly concluded that the North Bay “is better off environmentally with a light-rail system.”
In 1999 in the South Bay, three weeks after SamTrans agreed to give a $72 million interest-free loan to BART for the construction of the SFO extension, SamTrans cut 15 percent of its bus service. SamTrans has repeatedly cut bus service in the last several years, according to Bay Rail Alliance, as well as increased fares in order to balance its budget.

The issue is not solely buses versus rail. Public transportation receives a fraction of the government funding spent on highways and roads.
Buses are the backbone of our transportation system. The majority of bus riders are transit dependent; that is, they rely on public transit for all of their essential trips—unlike rail commuters, who rely on BART (according to its rider survey) for 25 percent of their essential household trips. BART, light rail, and commuter rail systems depend on buses to get people to and from stations. Without an effective bus system, the rail system will not work. Buses also mean less congestion and less pollution on our roads.

Why buses over rail? If funded properly, technology exists to make buses fast, clean and quiet. Buses are cheaper to run and can be more flexible in terms of routes. Buses are like gigantic car pools. They do the best job of getting people to their destinations. Buses work within existing road structures, and local and express routes create time efficiencies MTC's own analysis in 2001 indicates that a minimum of $109 million per year is needed to fund the transit needs of low-income riders. It also found that 80 percent of AC Transit's safety-net or “Lifeline” routes were served too infrequently and/or were not served from midnight to 6 a.m. Since then, it has gotten worse. For instance, AC Transit cut 14 percent of its service in 2003. (MTC said it was important to update the Lifeline gap study, but has not done so.)

Transportation justice advocates do not oppose BART or rail; however, we do support equal access and mobility for all. Funding and service cuts in bus service disproportionately affect youth, the elderly, people with disabilities, and low-income communities. The MTC must change its discriminatory practices by treating all transit riders equally and subsidizing bus transit at the same level as rail. Everyone in the Bay Area deserves equal access to a first class, safe, dependable public transit system.