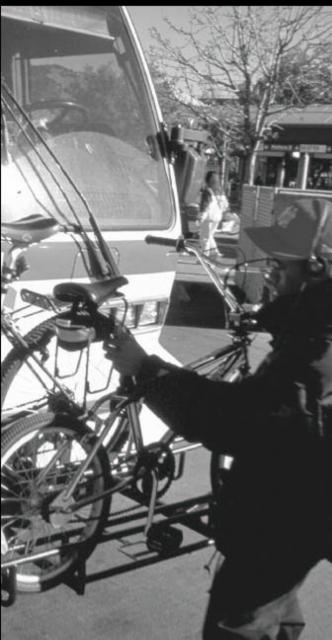 As the new editor, I am pleased to add another volume to the nation’s only journal dedicated to the intersection of Race, Poverty, and the Environment. This issue, we seek to knit together an analysis of transportation equity that can help build the movement for civil rights and environmental justice. Featuring contributions from leading practitioners in the field and a cross-section of voices from the grassroots, it paints a picture of a transportation and land use system that harms urban quality of life; damages the planetary environment; promotes wars for resource domination; and supports racism and class-based segregation. Our current transportation system puts poor people, people of color, and the public at large at the receiving end of damaging resource extraction, pollution, and slow, dangerous transit.

Published on the 50th Anniversary of the Montgomery Bus Boycott, this issue also draws on historical victories in transportation equity—such as the initial desegregation of public transit—to help us identify the pressure points in the system which present opportunities for progress. Eva Paterson, president of the Equal Justice Society, and Richard Marcantonio and Guillermo Mayer of Public Advocates, analyze the legal parallels of our current inequity to the past. Eric Mann, Robert Bullard, and Clayton Thomas-Muller contribute articles that unravel the congested auto–highway–petroleum nexus and point us toward strategies for change.

From the Bechtel bonanza of the Big Dig in Boston, to every day decisions on vendors for highway and transit construction, corporate lobbyists twist public policy away from the public interest and toward privatized solutions, which serve the middle and upper classes. Andrea Buffa and John Gibler take a look at the corporate role in transportation infrastructure. With my co-author Hana Baba, we also take a look at Oakland’s privatized public port, where collusion between global multinationals, such as Wal-Mart and local real estate elites, cut the public out of a role in their own government. Simultaneously, these same forces build in dependence on petroleum transportation in order to fuel an economic system that creates sweatshops in far off countries, drives locally owned-businesses out of existence, and erects auto-centric mega-malls.

Of course, our communities are fighting back. In every urban center in the country there are organizations challenging unequal access to transportation, coalitions fighting the burdens which international goods movement places on poor communities, and groups struggling for systemic reforms. We present many case studies of successful local organizing from the San Francisco Bay Area, Boston, New York, Los Angeles, Pittsburgh, and other communities of color.

Faced with the ongoing disaster of an economic system that is imprisoning the poor in jobless apartheid, polluting the air, wasting resources, and failing to move people to where they need to go, activists are organizing a multi-faceted strategy. The inspiring legacy of the civil rights movement, as epitomized by the late Rosa Parks, lives on in these efforts.

As we move the movement on transportation justice to the next level, we should keep economic power in sight when asking why governmental agencies systematically exclude poor and working people from planning processes. Who owns? Who controls? In the long term, democratic control of our common economic resources is the long-term solution to racist inequality.