Economic Development policies that deprive the poor of transit and jobs.

Economic development subsidy programs—such as property tax abatements, corporate income tax credits and low-interest loans—were originally justified in the name of poverty reduction. Initiated as far back as the 1930s and accelerated in the 1950s, many of these programs were targeted to older areas and pockets of poverty that needed revitalization.

But over time, more and more of the 1,500 development subsidy programs nationwide have become part of the problem instead of the solution. Subsidies originally meant to rebuild older urban areas are being perverted into subsidies for suburban sprawl. Wal-Mart and other big box retailers are getting subsidies that allow them to simply pirate sales from existing merchants. Upscale residential and golf course projects are getting subsidies from programs originally designed to serve low-income neighborhoods. 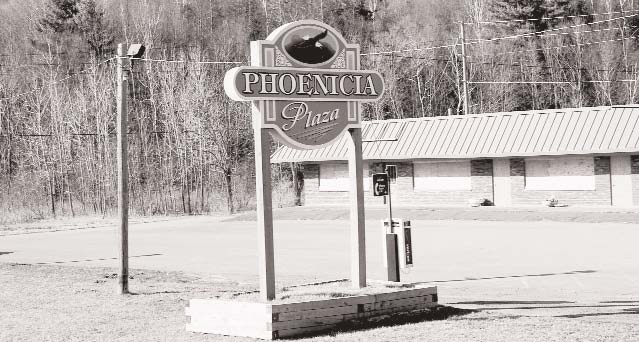 The net effect has been to worsen sprawl and all of its disparate harms to communities of color: the out-migration of urban jobs, the growth of jobs in areas that are not accessible by public transportation, and the resulting concentration of unemployment and poverty.
Deconstructing Sprawl Development “Suburban sprawl” usually refers to development characterized by low density, a lack of transportation options, strict separation of residential from non-residential property, and job growth in newer suburbs with job decline in older areas. Sprawl causes increased dependence on automobiles and longer average commuting times, deteriorating air quality, and rapid consumption of open space in outlying areas. It also results in disinvestment of central city infrastructure and services, and strains city budgets at the core (due to a declining tax base) and in some suburbs.

The decentralization of jobs means work becomes scarce for low-skilled workers who are concentrated at the core. Many suburbs lack affordable housing and many suburban jobs are not accessible by public transit—either because a suburb has opposed the entry of transit lines or because jobs are thinly spread out far from transit routes. So sprawl effectively cuts central city residents off from regional labor markets. That means greater poverty for residents of core areas, who are disproportionately people of color. 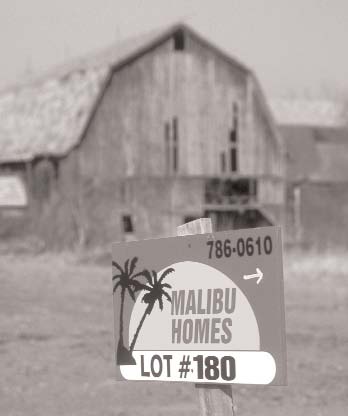 But another important factor is economic development subsidies like tax increment financing (TIF) and enterprise zones that have gone awry and are being abused in ways their creators never intended.

Sprawl Subsidy #1: TIF
Originally conceived to help revitalize depressed inner-city areas, tax increment financing, or TIF, allows a city to designate a small TIF district and say that the area will get redeveloped so property values will go up and property taxes will rise. When that happens, the tax revenue gets split into two streams. The first stream, set at the “base value” before redevelopment, continues to go where it always has: to schools, police, fire departments and other public services.  The second stream is diverted back into the TIF district to subsidize the redevelopment. This diversion can last 15, 23, even 40 years—i.e., a lot of money for a long time.

Many states originally restricted TIF to truly needy areas with high rates of distress such as property abandonment, building code violations or poverty. Today TIF is allowed in 47 states and Washington, D.C. Over the years, about a third of the states have loosened their TIF rules so that even affluent areas qualify.  The wealthy Chicago suburb of Lake Forest, for example, has a TIF district—and a Ferrari dealership. Pennsylvania’s TIF statute allows a trout stream near Pittsburgh called Deer Creek to be TIFed because the land has “economically or socially undesirable land uses.”

Worse still, a few states allow the sales tax increment to be “TIFed” on top of the property tax increment. That results in a perverse incentive to overbuild sprawling retail. A study by PriceWaterhouseCoopers about “greyfields”—the euphemism for dead malls—found that 7 percent of regional malls were already greyfields, and another 12 percent are “potentially moving towards greyfield status in the next five years.” That would mean 389 dead malls by 2009.

Missouri, which allows sales tax TIF, is learning this lesson the hard way. The state has had a raging four-year debate about how to reform its TIF program before it subsidizes any more unnecessary new stores.  State Senator Wayne Goode, D-St. Louis County, is the primary sponsor of a reform bill. “Putting public money into retail in a big metropolitan area doesn’t make any sense at all,” Goode says. “It just moves retail sales around.” About one-third of the 90-odd municipalities in St. Louis County collect “point of sale” sales tax, he explains. In other words, cities get to keep a portion of the sales tax if a purchase happens within their borders. The other two thirds of cities in the county pool their revenue. So the one- third fight each other for sales—and pirate sales from the two-thirds—often using TIF. Area developers go to great lengths to block reforms because the TIF is so lucrative.

As the St. Louis Post-Dispatch editorialized: “With towns handing out TIF like bubble gum, St. Louis may be getting over-stored, while developments are under-taxed. Projects that make no sense get built because of tax breaks.”

Subsidizing new retail is almost always bad economics, and terrible public policy. Retail packs a lousy bang for the buck compared to manufacturing or almost any other activity. The “upstream” inputs do little for the local economy (think of all those goods from China at Wal-Mart), and the “downstream” ripple effects are terrible because retail jobs are overwhelmingly part-time and poverty-wage, with no health care.

Suburban areas with the greatest numbers of high-income households will always have plenty of shopping opportunities. Supply chases demand. The only situation where retail can be legitimately called economic development—and therefore deserving of a subsidy—is in an older, disinvested neighborhood that is demonstrably underserved, and lacking basic retail amenities such a groceries, drugs and clothing.

New York, for example, allows zones to be gerrymandered non-contiguously. So Buffalo’s two original enterprise zones have morphed into more than 130 non-contiguous areas, raising questions about political favoritism. A scathing Buffalo News investigative series found that “[t]he program, crafted to create business in distressed areas and jobs for the down-and-out, has transmuted here into a subsidy program for the up-and-in”—including even downtown law firms.

In an episode that gives new meaning to the term “Philadelphia lawyer,” law firms there are moving a few blocks into a “Keystone Opportunity Zone,” which will make the law firm partners exempt from state income tax! Meanwhile, the city’s African-American and Latino neighborhoods continue to suffer catastrophic rates of abandonment and unemployment.

Ohio has a large number of enterprise zones and they have a controversial history. A study from Policy Matters Ohio found that “[t]he very areas [that zones were] initially designed to help are now disadvantaged by the program. An aging infrastructure, a low tax base, weak education systems, and numerous costly social challenges place poor urban areas in a weak position relative to their wealthier suburban neighbors. Ohio's [zone program] has succeeded in making the playing field even more tilted against urban areas by extending to wealthier suburbs an additional fiscal tool with which to compete for firms.”

Discriminatory Development
TIF and enterprise zones are just the tip of the iceberg when it comes to explaining how pro-sprawl development subsidies undermine jobs for the truly needy. A recent study by Good Jobs First, Missing the Bus, finds that not one of the 1,500 total state development programs nationwide requires—or even encourages—a company getting a subsidy in a metro area to locate the jobs at a site served by public transportation.

In other words, despite all the anti-poverty rhetoric that most programs come draped in, states are typically indifferent to whether they create jobs that low-income people can get to. Research has shown that African-American households are about three and a half times more likely than white families to not own a car, and Latino households are about two and a half times more likely. Given those facts, the discriminatory bias of economic development in the United States today could not be clearer.