Interview with Fred Blackwell, by Jesse Clarke and Juliet Ellis

Juliet Ellis: When, and why did you take this job?

Fred Blackwell: [Laughs] I took the job five months ago because, while down the hall from the Mayor’s office at Community Development, I had the opportunity to see from a distance the opportunities and challenges associated with redevelopment in San Francisco. It seemed to me that the relationship between agency and community was at times acrimonious. I came to the conclusion that it didn’t have to be that way if we could figure out a way to work more in partnership with the neighborhoods we serve.

Ellis: So, based on the history of the acrimonious relationship, how would you describe the biggest challenges you face in leading the redevelopment agency?

Blackwell: There are a few. One is overcoming the agency’s image—mostly a result of work done decades ago in the Western Addition where massive acres of land were cleared, residents and businesses displaced, and land actually lay fallow for a long period of time. That reputation has stuck with the agency. The challenge is to change that image and base it on some of the agency’s most recent work. Another challenge is to stimulate and foster investments in areas that have been neglected and disinvested for many years, in a way that produces benefits for the folks who have lived through years of neglect.

Jesse Clarke: What is some of the [agency’s] recent work that you think will deliver concrete benefits, without displacing people and driving them out of the city [as have] problems from other development projects?

Blackwell: The Redevelopment Agency has adopted a very aggressive affordable housing policy. For example, California redevelopment law requires 15 percent of the housing in a project area to be affordable. Our general rule of thumb is usually around 25 percent. We actually have a commitment to spend half of the tax increment financing that comes through the agency on affordable housing.

Also, our Bayview Hunters Point employment and contracting policy sets a 50 percent local hiring goal for agency-sponsored projects and requires developers and contractors to make a good-faith effort at reaching that goal. Our contracting compliance team is charged with making sure that good faith is really exercised. 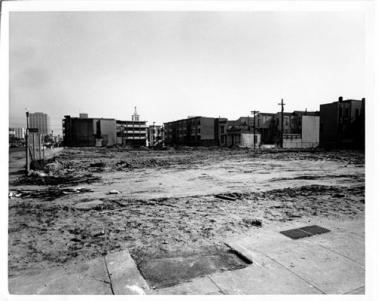 Clarke: How long has that been in place?

Blackwell: That was adopted in December 2007. We also have a Model Block Program. Although our central effort is to produce new affordable housing… in an area like Bayview, it’s also important to invest in the existing housing stock. So, we set aside money for low-interest deferred loans to homeowners on [the Model Block] to upgrade their property. We also set aside several hundred thousand dollars annually for streetscape improvements, and working collaboratively with other City departments to do things like tree planting and traffic calming.

Clarke: How much are you spending on this program [of the agency’s $246.4 million budget]?

Blackwell: This year, we’ve dedicated a million dollars for the residential loan program for one block. In the upcoming fiscal year, we’re setting aside another million dollars for another block, as well as half-a-million for streetscape improvements to the [original] block.

The other really important thing that we are working on… when people were displaced from the Western Addition and Bayview Hunter’s Point several decades ago, they received a certificate of preference. Over the years, the agency had lost track of a lot of these certificate holders. We are now tracking these people down and making sure that they are aware of the opportunities that are in the agency’s pipeline. More importantly, we are also talking to our commission about expanding the certificate preference program to the grandchildren of the original residents. This significantly expands the pool of people eligible to exercise the certificates in future affordable housing developments and acknowledges the [multi-generational disruption caused by the original displacement].

Ellis: You led the city’s task force that was looking at the Black exodus [out of] San Francisco. How are you thinking about that—as a priority in people’s concern—as you consider the redevelopment agency’s role and its work in Bayview Hunter’s Point? 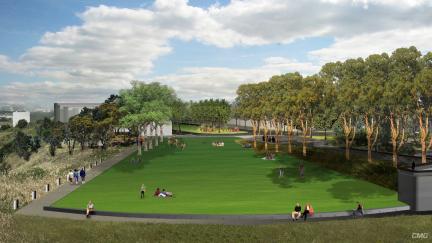 Clarke: So, looking at a neighborhood like the Bayview, which still has a predominantly African American population, how high a priority is it for the agency in terms of economic development?

Blackwell: It’s our highest priority. We are trying to do a number of things to bring more investment to Third Street—the main thoroughfare for Bayview. We’ve invested in three mixed-use affordable housing projects and are looking at an investment in the Opera House, which is an important landmark on that street. We have a façade program for Third Street [that makes] grants and loans available to existing business owners. And there are a number of things that we’re trying to do as well to entice [businesses]. We were able to secure commitment from a grocery store, Fresh and Easy, which we think is a very important part of the economic development and health of [that] neighborhood.

Ellis: What’s your take on the role of communities engaged in planning processes—do you feel like it’s going deep enough and there’s authentic, adequate participation from folks?

Blackwell: I would say, you have very deep participation from those community advisory groups that are directly connected to the agency. [But], I don’t think that the engagement is broad enough or deep enough. The general populous, I think, lacks awareness around what’s going on.

Clarke: When community organizations attempted to overturn the development plan, they had the 30,000 signatures but the petition was disqualified. What do you think about giving people more frequent, actual electoral opportunities to take a crack at these issues? And what do you think of the 50 percent affordable housing initiative that just qualified for the ballot?

Blackwell: I am in favor of having the general population weigh in on important land use issues. What’s also important is that people have the opportunity to make an informed decision. One of the problems with the petition to stop the redevelopment plan was that the people [who signed] were not adequately informed about the plan. I have concerns about the 50 percent requirement for the shipyard. This is a piece of land that has been fallow for several decades and… the best opportunity to develop this land is now. It’s important in terms of the development of the Bayview community in general, and I don’t think that the 50 percent goal is feasible from a financial point of view. But I’ve got people here doing some analysis to tell me whether or not that’s true.
Another important point is that community benefits that come with projects like this need to go way beyond affordable housing. I’m in favor of affordable housing, but I think that authentic community development and revitalization involves more than just housing. It involves open space, opportunity for economic development, infrastructure, and basic services for the folks who live there. If you spend all of your tax increment money and money available for community benefit on affordable housing, you’re missing the mark.
Clarke: In terms of Lennar being the prime contractor, given the challenges they’ve had in their current work—the problems with the asbestos dirt, the dust, the constant criticism from certain community elements—why should the city give them another project when the affordable housing component got taken out for economic reasons?

Blackwell: First of all, the assertion that Lennar is not building the affordable housing in Phase One is actually wrong. The changes that were made to the Disposition and Development Agreement changed the mix of housing in terms of the proportion of rental versus ownership units, but it did not change the proportion of affordable housing. Another important point is that the [income levels for the] affordable housing slated for the shipyard are well below the city’s requirements and hence, are closer to the incomes that reflect the Bayview. I am not a defender of developers in general, or Lennar. The staff of the agency brought forward to the commission a recommendation, a developer that wasn’t Lennar, to develop the shipyard. [The Commission turned that recommendation down]. But given that Lennar is already at the shipyard, and their timeline, it makes sense to just expand what we’ve got going rather than to create a whole new process. 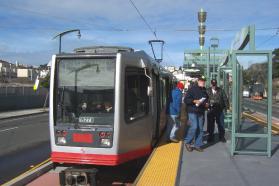 Clarke: What are some of the big economic trends that have to happen to keep San Francisco a diverse city with a diverse economic and racial population?

Blackwell: A large part is making sure that the city’s workforce agenda is in sync with its economic development agenda. Whether we are trying to position ourselves as a hub for biomedical and green technology or continuing our role as a tourist attraction and a financial center, we’ve got to make sure that we have a workforce that is prepared for those industries. That means preparing people from the Bayview, the Western Addition, and South of Market, for the jobs that will be in the pipeline… by investing in the nonprofits that are doing the work around this. Otherwise we will end up in a situation where we’ve got industries that the locals aren’t prepared to work in.

Another positive development in terms of retaining diversity is Hope SF, the city’s response to the drying up of national Hope VI money. This year, through revenue bonds, the Mayor and the Board of Supervisors raised 95 million dollars for the revitalization of public housing locally, which is the same amount that was appropriated nationally for Hope VI.

The important thing to know about Hope SF that distinguishes it from Hope VI is that the commitment under Hope SF is one-for-one replacement of all the public housing to get torn down. That wasn’t the case with Hope VI. The other commitment with Hope SF is to phase redevelopment of the public housing, which means that existing residents do not have to move off-site during the construction process, which I think significantly enhances our ability not to displace people as we go through the revitalization process. The first development is going to be Hunter’s View, then Potrero Hill, and Sunnydale.

And if the initiative passes the voters in June—Alice Griffith will be included in the Candlestick Shipyard Project.

Clarke: How does this compare with the idea of spatial deconcentration—the breaking up of large public housing units to put in mixed income housing, so the poor population isn’t concentrated in a single area—something which also tends to break up political power blocks in inner city communities?

Blackwell: The paradigm that you describe creates mixed-income communities by spreading the poor folks around the city. We’re saying that the problem is that poor folks are not in the mix with people from different [rungs] of the economic ladder. So, we’re trying to achieve the income mix without displacing the low-income people. But that notion about diluting the voting block—that’s a good point.

Ellis: Any comment on the topic of this issue: “Who owns our Cities?”

Blackwell: I think a group of people that need to be brought into [this conversation], especially when you talk about “who owns our cities,” are the developers. This is not just about public agencies and nonprofit developers and advocates. It’s also about this development community and we need to sit around the table with them a bit more in order [for] them to gain a better understanding of what communities are looking for, and their role in producing the kinds of communities low-income neighborhoods envision for themselves.