Communities can use biomonitoring to pinpoint poisons, and fight back.

What if you found out that the toxic chemicals and heavy metals found in hazardous landfills were also in your body? Then, what if you learned that the companies and industries responsible for producing those poisons were not held accountable?

To answer those questions, in July 2002, eight volunteers and I agreed to have our blood and urine tested as part of a unique scientific research project initiated by the Environmental Working Group (EWG) in coordination with Mount Sinai School of Medicine and Commonweal. The Body Burden project was designed to identify more than 200 industrial chemicals and heavy metals in the human body. The volunteers, hailing from California, Louisiana, New York, and Virginia, had a special interest in participating in this research based on diverse experiences dealing with environmental and health issues. Their backgrounds included broadcast journalism, cancer patient counseling, breast cancer advocacy, community organizing, environmental research, litigation, and advocacy. We all wanted to know our “body burden”—that is, the type and concentration of toxins in our bodies, and the sources of these toxins.

As an attorney dedicated to environmental justice, I was more than a little curious about the impacts of industrial manufacturing on my health. I wanted to use the results of my body burden testing to make people aware of the fact that industrialization has contaminated our bodies with toxic pollution— pollution that can harm our health and the health of our children whose development from conception is threatened by the body burden of their parents.

My initial reaction upon receiving the three-ring binder filled with laboratory data and explanations was one of grief followed by anger. Although I have never lived near a landfill or a major polluting facility, I carry 77 different industrial poisons in my body. Through the simple acts of breathing, eating, and using ordinary products, I have absorbed these poisons, including polychlorinated byphenols (PCBs) and dioxins, which were banned in the United States but still remain in the environment. My body burden includes toxins that can cause cancer, reproductive damage, lung and liver disease, among other ill health effects. 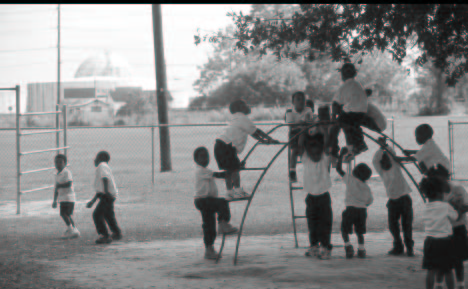 Through this experience, I gained a deeper understanding of the profound sadness that community activists, who live atop landfills in Louisiana or in the shadows of the 130 petrochemical facilities in the state, must have felt when they first learned that their health and the health of their family members were jeopardized by the pollution around them. In the living rooms and kitchens of community activists, I’ve heard the stories of sons and daughters dying from cancers or being rushed to emergency rooms because of asthma attacks. Much of my work focuses on providing legal and advocacy services to African-American community leaders, who struggle for a clean and healthy environment in neighborhoods that are the dumping grounds for oil refineries, petrochemical facilities and power plants. We work together to find ways of defending families and communities from proposed hazardous industrial developments; reducing pollution at massive oil, chemical, and waste facilities; cleaning up contaminated areas; or relocating residents.

Community leaders have long used air monitoring devices to effectively compel the U.S. Environmental Protection Agency (EPA) and industrial companies to reduce pollution. They believe that body burden research, or biomonitoring, is the next step in achieving greater pollution reduction and elimination of industrial toxins. However, they’ve learned that in order to benefit from any research method, they’ve got to be in control of not only understanding the data, but also how it is collected and interpreted. To strengthen their capacity, they’ve discussed strategies that involve developing community experts on biomonitoring; conducting community-wide biomonitoring training workshops; counseling community volunteers; creating effective and respectful partnerships with laboratories and health researchers; planning the design of scientific research protocols and methodologies; and targeting local industrial sources of toxic pollution through biomonitoring research and advocacy.

Holding polluting industries accountable for the chemicals they manufacture and sell is long overdue. Many companies would be forced to develop safer alternative materials or undertake other activities to avoid the threats of their toxic chemicals on human health. In the United States, an inconsequential number of industrial chemicals have been thoroughly tested by U.S. environmental and health agencies for their impacts on human health. Some 75,000 chemicals remain untested despite the fact that they are manufactured in processes involving dangerous operations, transported on barges and trains with a record of hazardous spills requiring emergency response, and, ultimately, placed on the shelves of stores for our consumption. The European Union is considering legislation titled Registration, Evaluation, and Authorization of Chemicals, abbreviated as “REACH,” which would require testing chemicals for safety and, depending on the results, restricting existing and proposed industrial chemicals before they could be sold. However, news reports have uncovered that the U.S. EPA, in concert with the chemical industry, is aggressively opposing the passage of REACH into European law.

While our society demands safety in a variety of products and services, we have unwittingly allowed our government to sacrifice communities of color and our individual bodies as landfills for a host of healthdamaging industrial chemicals and heavy metals. An important lesson that I learned as a result of the Body Burden study is that I have 77 more reasons for advocating that companies stop their toxic poisoning of our health and future.

Monique Harden is an attorney and co-director of Advocates for Environmental Human Rights, a public interest law firm in New Orleans, Louisiana. Information about the Body Burden research project can be found at http://www.ewg.org/reports/bodyburden/.