The problem with risk assessment

When local authorities want to expand a highway, for example, through a low-income neighborhood, to forestall local opposition they conduct research known as a "risk assessment." First, they list a few of the pollutants found in the air near highways. Then they list a few of the ways those pollutants harm humans. Next they estimate how much the "most exposed" person will breathe. And finally, they estimate how much harm the pollution will do to that most exposed individual. Despite this work, they often decide to allow the development because, although their risk assessment finds that harm is likely, the harm is deemed "acceptable."

These days, risk assessment methodology is used like a bulldozer to clear a path for just about any development or other project that corporations and governments want to do. Risk assessors run interference for agencies that want to spray pesticides to kill mosquitoes, build incinerators to burn garbage, spread contaminated sewage sludge to fertilize city parks, put up a school on contaminated land, and on and on. Often, authorities do a risk assessment to convince residents that any potential harm of development or industrial activity is minimal.

Well-meaning government officials started using risk assessment in the 1970s, hoping to make their decisions more scientifically based and consistent. Unfortunately, in most cases, the scientific information that’s actually needed to make sound judgments isn't available, so risk assessors fall back on assumptions, guesswork and "fudge factors" (also known as "safety factors"). As a result, two risk assessors working with the same information can reach wildly different conclusions. Though risk assessments are not technically scientific—they cannot be reproduced from one laboratory to another—they are often presented as scientific conclusions.

By the 1980s, corporations saw that risk assessments could be finagled to justify almost any decision. Risk assessment uses some scientific data (plus estimates and guesses dressed up as science) and the conclusion is always expressed in numbers. Because risk assessment produces a numerical answer, it leaves out ethics and values, such as justice and fairness. As a result, with risk-based decisions, the general public often doesn’t understand the process, can't participate in the decisions, and can't raise key questions like, “Who gets to decide?” Furthermore, because risk assessment doesn’t take justice into account, it can rarely serve to challenge environmental injustice and, in fact, often supports institutional racism.

In sum, risk assessment is an expert's game that excludes the public, appears to be scientific even when it’s based on little more than guesswork, and can be manipulated to allow decision-makers to justify almost any conclusion that suits their political agenda or wallet. 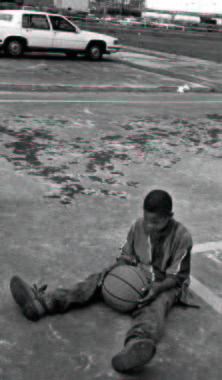 But risk assessments have not gone unchallenged. In the past decade, new scientific information about chemicals and health has punched more than a dozen new holes in this technique. I'll mention four:

1. We now know that, because of genetic inheritance, individuals differ greatly in their reaction to toxins. For example, some people cough and wheeze when they walk down the detergent aisle at the grocery store; others don't. Risk assessors try to account for the differences between individuals by applying a "safety factor" of 10 to their numerical estimate of risk. But this factor has little scientific justification. Even calling it a safety factor is misleading because no scientist can know how much of a poison is safe for a particular individual—especially if that individual is a child, or is elderly, or suffers from some chronic disorder (e.g. asthma) and is exposed to a multitude of other chemicals (e.g. smog) in daily life.

2. Risk assessments of chemicals are conducted on single chemicals. But we’re all exposed to mixtures of chemicals, including diesel fumes, second-hand smoke, water pollutants and smog, every day. Pinpointing the effects of exposure to low levels of a single chemical is almost impossible. Furthermore, many recent studies have shown that harmless amounts of several individual chemicals, in combination, can add up to a harmful dose. So to learn the real health effects of chemicals, scientists would need to study all chemicals in combination with other chemicals. Unfortunately, this is so complicated and expensive that scientists almost never do it.

What is true about individual chemicals is also true about multiple sources of pollution. For instance, in the Waterfront South neighborhood of Camden, New Jersey, individual risk assessments were conducted on a cement-crushing plant, a garbage incinerator and a sewage treatment plant. Over the years, officials deemed the risks from each facility (rather than all facilities combined) "acceptable." Now this low-income, predominantly black and Hispanic community is burdened with an intolerable combination of stench, filth and danger. Because risk assessors can't evaluate multiple chemicals or multiple hazards with precision or reliability, in many situations their claim that risks are "acceptable" is a kind of scientific fraud.

3. We now know that some chemicals are only harmful during a brief period of time (or "window of vulnerability") in the development of an organism, such as the nine months a fetus grows in the womb. Some chemicals may only be harmful during a particular few days or weeks—i.e., when the brain or heart or eyes are developing. As a result, to learn about toxicity, tests must be conducted (on mice or rats) during those exact times. Chemicals tested during other times may appear to be harmless when they are actually dangerous.

4. Risk assessments ignore thousands of important biochemical reactions. For instance, current federal protocols for examining the tissues of laboratory animals were developed before the modern era of biochemistry and molecular biology. After animals are exposed to chemicals and then killed for tissue analysis, their organs are examined visually for gross damage, but microscopic examination of the organs is not usually required. The really sophisticated analyses made possible by modern biochemistry and molecular biology are almost never done, because they are expensive. From the viewpoint of modern biology, animal testing is decades out of date, and will likely remain so for economic reasons.

Furthermore, a chemical is often studied for its ability to cause cancer. But cancer is not the only risk. Chemicals can harm our ability to think and pay attention (nervous system); our fertility and success in reproducing; our ability to resist disease (immune system); and our hormones (chemicals in our blood that control growth, development, learning and behavior). In most risk assessments, these aspects of our health are simply omitted because they are too complicated to study. When 90 percent of the problem is ignored, how can the conclusions be scientifically valid?

These shortcomings of risk assessment cannot be fixed because there simply aren't enough laboratories and enough money to take into account all the potential sources of harm. So risk assessments will continue to be gross oversimplifications having little relevance to the real world. 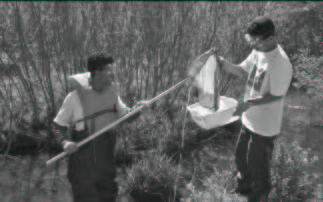 There are alternatives. If risk assessments continue to be used, they could be supplemented by a precautionary approach. For instance, a community can determine goals for itself and examine different ways of achieving those goals. Then the risks and benefits of each option might be considered and discussed. Risk assessment might play a role in examining each option, as long as the shortcomings of risk assessment are stated right up front, so no one is fooled. Then the least harmful—and most beneficial—way to achieve the community's goals can be chosen. This process, called “comparative risk assessment,” might provide useful information, though all risk assessments should be taken with a grain of salt.

Another process for assessing environmental impacts is known as the modified Delphi technique. Developed in the 1960s, Delphi has been used by government agencies and private businesses for making decisions about complicated, emotionally charged issues such as funding priorities for cancer research. It requires that the community and the authorities jointly select experts in various fields of knowledge, including particular knowledge of the community as well as scientific and medical expertise. Then these experts hold a series of open meetings with the community. This way, the community's questions get answered; issues like power, money, racism, justice and democracy can be raised; and the community can decide whether they trust what they've heard. The result could be a better decision based not just on science but also on the community's needs, goals and values.

Risk assessment boils everything down to numbers. As a result, risk assessment never asks questions like: Is this the best we can do? Is this fair and just? Is this good for the community? By suppressing such questions, risk assessment has become a powerful force against democracy. But this is changing. Communities are insisting on new approaches that allow many different kinds of knowledge to be considered, including the local knowledge that is so crucial for sound, just decisions.

Peter Montague edits Rachel’s Environment & Health News, which aims to provide grassroots community activists with solid information about the environment and health. Rachel’s is available free (in English and Spanish) via email; you can subscribe (and see all back issues) at http://www.rachel.org, or send a subscription request to erf@rachel.org.

Tweet
‹ Power, Privilege and Participation up Roots of Community Research ›