The Lessons of Freedom Summer 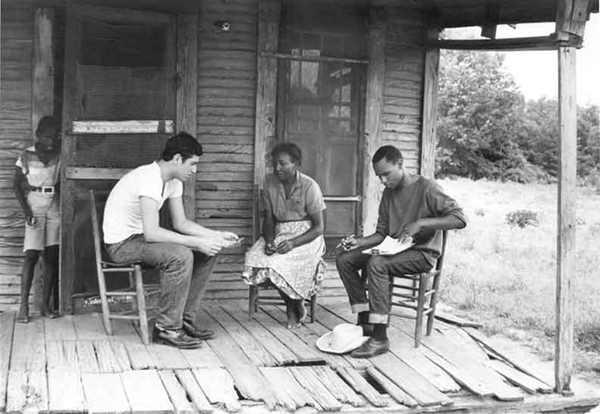 As a former history teacher and current organizer in San Francisco, my primary interest in the orginial Freedom School Curriculum is twofold:1 It demonstrates that if society is to be improved, curriculum and pedagogy must be based on the asking of questions, not the answering of them. Secondly, it proves that history is fundamental to understanding the mechanisms of repression today and to the process of empowering students to be active agents of change.

I have taken the explicit goals of the Freedom School’s Citizenship Curriculum2—asking questions to improve society and using history to understand the mechanisms of repression and liberation—as models for my own thinking about education reform today. In placing Freedom Schools within the context of the history of alternative education reform3 to promote more proactive thinking about school reform today, I have come to the following conclusions:

1.    Teachers must be a part of the community in which they teach.
2.    School reform must be part of a social reform movement.
3.    The school community must be clear about the goals of education and must explicitly articulate and defend them at every opportunity.

Teachers Work in Community
Though the Freedom School teachers came from outside Mississippi, they lived with and became part of the community in which they taught. At the orientation in Oxford, the teachers were encouraged to not rely on the curriculum except for its basic pedagogical premise of asking questions. The actual experience of the Freedom Schools was created by students and teachers in active and spontaneous collaboration, which depended upon the teachers knowing and respecting the students. This is in stark contrast to the scripted, drill-and-kill curriculum imposed on the so-called low performing schools today.

School Reform as Social Reform
Since education is inextricably connected to the social, political, and economic structures of society, school reform must be part of a social movement. It was no coincidence that students at the 1964 Mississippi Freedom School convention included the topics of integration of public accommodations, housing, education, health, foreign affairs, federal aid, discrimination in hiring, the plantation system, civil liberties, law enforcement, city maintenance, voting and direct action in their platform.4 The topics are still relevant (one could substitute the corporate system for the plantation system) and still interdependent. For example, children cannot learn in school if they are not healthy and properly housed and parents cannot support them effectively without a living wage job that is secure from arbitrary abridgment of their civil liberties.

The structures created by the civil rights movement were necessary to the emergence of over 40 Freedom Schools in Mississippi in 1964. The schools, in turn, contributed to the successful creation of the Mississippi Freedom Democratic Party, which began the process of dismantling the all white political structure in Mississippi. Without structural support, alternative schools cannot proliferate.

The struggle over small school reform today centers around whether they will be part of a social movement or be co-opted by corporate funding. A history of alternative school movements5 shows that corporate funding often dries up as soon as a critical mass of schools moves from an alternative to an oppositional status or when the crisis that generated the support has subsided.

The damage done to communities by the corporate system cannot be effectively resisted unless students, parents, and teachers operate within a curriculum built upon a set of questions, such as:

Understanding Means and Ends
Reformers, especially educational reformers, need to understand the difference between means and ends. Raising test scores is not a goal of education. It is a means of creating obedient task completers and legitimising an increasing pool of dropouts and pushouts.6

Without clarity over methods and goals, good methods can be easily co-opted to promote bad goals. A comparison between Freedom Schools and the schools that grew out of the two alternative school movements in our history proves this point. Now, we are in the midst of a third major alternative school movement. It is no coincidence that all three movements have relied on corporate foundations during periods in which capitalism was in crisis: The progressive reform movement from 1900-1940; the free school movement from 1960-75; and the small school reform movement of today. In each case, corporate funding has allowed progressive means to be co-opted to serve the status quo.

A classic example of the co-optation of progressive means dates back to 1963 when the federal government stopped funding continuation schools in California. When businessman Max Rosenberg voiced his concern over the increasing numbers of dropouts and pushouts, it led to a coordinated lobbying effort to get state funding for alternative schools where troubled students would be taught how to re-adjust to the factory-like conditions of the mainstream schools. In 1965, the California state legislature mandated that all school districts must provide continuation education for those suspended from school for 10 or more days. That year, 700,000 students were enrolled in California’s continuation schools. By 1979, that number had reached one million.

Teachers and parents initially advocated for continuation schools because their progressive methods emphasized different ends from those pursued by comprehensive schools. The student-centered, multicultural, and experiential curricula offered more effective means of producing employable adults who would also have the ability and interest to continue to learn and grow. But state and district administrators turned the schools into dead end dumping grounds, marginalizing the schools with poor funding and paralyzing the leadership. 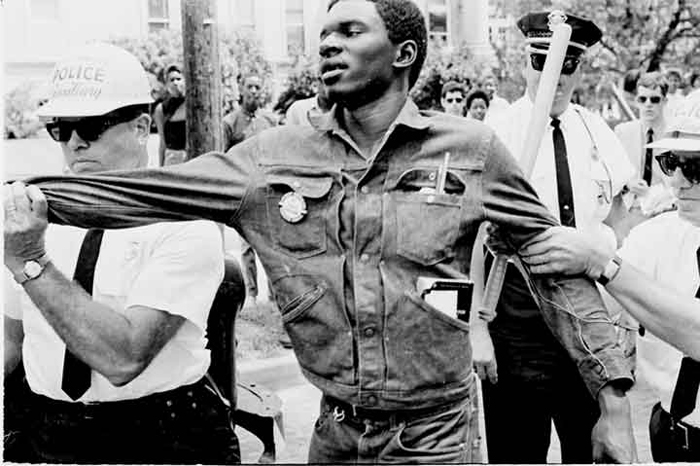 Business Agenda for Education
Today, the Gates Foundation has entered the school reform business by deciding to fund—and thus control—the small school movement, which began in New York City 20 years ago. The move ment has inspired educators and parents across the nation by successfully demonstrating a vision of schools in which teachers, parents, and students know each other well, and have the autonomy to create a responsive curriculum and pedagogy. But this vision is now being co-opted by the high-stakes testing agenda of the Business Roundtable,7 which, not coincidentally, strongly supports Bill and Melinda Gates’ efforts to make their goals for education part of the debate in the 2008 election season.

When the Oakland, California8 school district gave teachers a significant salary increase and decided to enroll 25 percent of its student body in small, autonomous schools, their budget deficit shot through the roof. Citing the resulting financial crisis, the state government took over the district, and appointed a new superintendent with absolute power. One of Dr. Randall Ward’s first acts was to close four small schools. He has since virtually eliminated parent and teacher participation in district policy.

Gates Foundation money continues to fund technical support for small schools in Oakland but the schools operate with highly controlled community input and must adhere to the single criterion—raising standardized test scores—that the nation’s corporate leaders wish to impose on all districts in the nation.

Unfortunately, schools will continue to be a sorting system and a method of social control, instead of a place in which all students learn how to build community, master academic skills, understand contemporary issues, and be active agents of social change. We are now living through the second major transformation of the public school system in the United States. The Business Roundtable is leading corporate America in a process that is transforming the public school system, so that it legitimizes the growing polarization of wealth and contributes to the disappearance of democratic processes.

Right now, educators, parents, students, and other community activists must decide how to oppose corporate America’s high-stakes testing agenda by organizing around reform that promotes and reinforces democratic decision-making and community formation. The history of the Freedom Schools and the Freedom School Curriculum can serve as an example and inspiration toward this end.

Kathy Emery is a co-founder of the San Francisco Freedom School and co-author of Why is Corporate America Bashing Public Schools?

Download or view a pdf of this article (288KB).

Related Stories:
Education
Tweet
‹ Democratizing the Public School System up A School Board for the People: Baltimore Freedom Fall ›