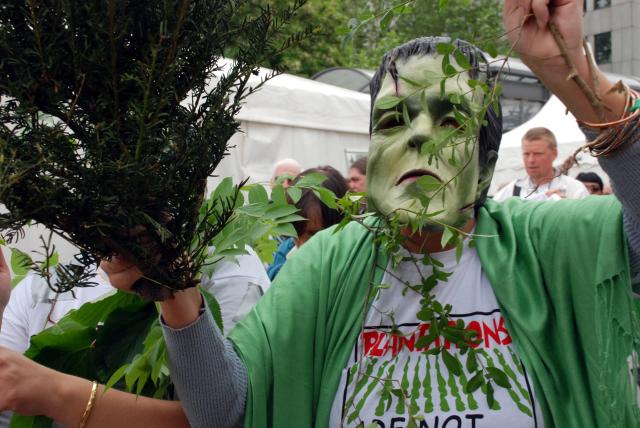 Informally known as the Waxman-Markey bill—after Representatives Henry Waxman (D-CA) and Edward Markey (D-MA)—the bill faces an uncertain future in the United States Senate. But one thing that is all too likely: the aspects of the bill that address the needs of low-income workers, people of color, and indigenous peoples will be shortchanged.

As currently written, ACES will:

Cap and Trade Rewards Utilities and Wall Street
President Barack Obama campaigned against free allocations and for a 100 percent auction of permits as the only approach to “cap and trade” that’s fair to consumers. Despite this pledge, the ACES bill awards upwards of 85 percent of pollution allowances—many of them good until 2030—free to the electricity sector. Consequently, little to none of the revenue from this "cap and trade" scheme will be used to protect low- and moderate-income households from energy price increases, as envisioned by Obama.

Wall Street investors, on the other hand, are guaranteed a five percent (plus inflation) rate of return per year for all carbon credits they purchase. This is likely to create an artificial market in carbon that could balloon in value to about $2 trillion by 2020 and even lead to an out-of-control carbon derivatives market that could generate volatility in energy prices. The end result might very well be a reprise of the Enron debacle in California, where speculators profited immensely from sudden spikes in energy prices brought on by artificial shortages, while the average household, hospital, school, and business suffered.

Furthermore, the ACES bill opens up a staggering two billion tons of "sub-prime” carbon offsets—half from developing countries and half from domestic sources—which represent almost 30 percent of all United States greenhouse gas emissions. (Carbon offsets take place when industries claim emissions reductions by investing in projects around the world that, in theory, reduce greenhouse gas emissions.)

The Government Accountability Office (GAO) claims it's virtually impossible to verify whether carbon offsets represent real emissions reductions. Numerous other studies have found that carbon offsets in developing countries often subsidize business-as-usual projects, such as hundreds of large hydropower dams in China. In other cases they are creating perverse incentives for dirty industries to dislocate the poorest from their land or their livelihoods.

Domestically, it is estimated that most carbon offsets would reward the agricultural sector for implementing such “climate-friendly” practices as “no-till” agriculture. Under ACES, over 80 percent of California farms would receive “carbon credits” worth billions of dollars for no-till practices that they—like most American farmers—already have in place. According to the Wall Street Journal, the Energy Information Administration estimates the market for agricultural offsets to go up $24 billion per year, dwarfing all other United States farm subsidies combined. While domestic farmers may be happy with the short-term payment for no change in the status quo, farmers everywhere will continue to suffer as the climate spins more rapidly out of control.

Duplicity on Renewable Energy
The ACES bill sets a target of 20 percent by 2020 for renewable energy, but up to eight percent of that target can be met with efficiency measures. Moreover, the ACES definition of "renewable energy" makes this target all but meaningless because instead of focusing on windmills, solar panels, and geothermal plants, it duplicitously recasts municipal solid waste incinerators as "waste to energy" projects. This waste could be recycled—generating 10 times as many green jobs as an incinerator, according to the Teamsters—or composted, providing rich fertilizer. In developing countries, such “waste to energy” schemes qualify as carbon offsets under the Clean Development Mechanism (CDM) of the Kyoto Protocol and result in thousands of poor people being dislocated from their land and their livelihoods. Within the United States such incinerators are usually situated in poor communities where their release of toxic byproducts are often blamed for high rates of cancer and other illnesses among the populations.

Finally, in an attempt to gain support from industry for the bill, lawmakers have agreed to strip the EPA of its authority to regulate greenhouse gas emissions from all power plants, including coal burners, under the Clean Air Act. This tradeoff, no doubt, is a result of the EPA’s announcement on February 17, 2009, that it would take a fresh look at a Bush administration memo, which prevented the regulation of CO2 emissions from coal-fired power plants and other sources. As a result, 17 coal-fired power plants, which would have produced roughly 12,000 megawatts of power—enough to meet the needs of 3.6 million homes—were put on hold. They would also have generated and released about 84 million tons of CO2 per year, along with sulfur dioxide, nitrogen oxide, mercury and other pollutants linked to high rates of asthma, lung disease, and developmental defects in children. 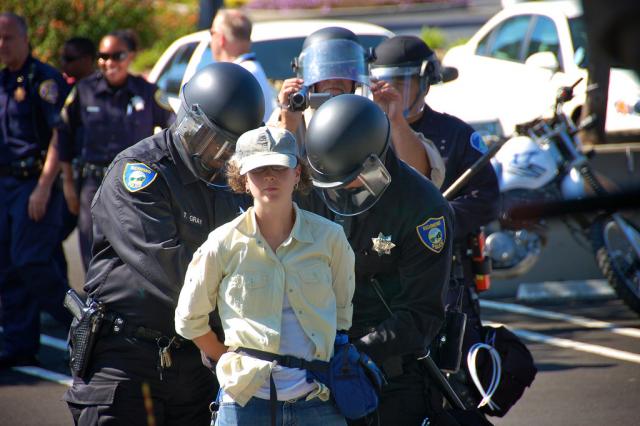 Subsidies for Fossil Fuel Economy
There is absolutely no reason to invest taxpayer dollars on subsidies to the very oil, gas, and coal companies that are the number one cause of climate change, especially when scientists are warning us that our climate is changing faster than envisioned in the worst case scenarios. Yet, the ACES bill offers subsidies in the form of tax breaks to the fossil fuel industry for the very costly and unproven technology of “carbon capture and storage.”

A recent study by the Environmental Law Institute (ELI) in partnership with the Woodrow Wilson International Center for Scholars estimates that the subsidies for non-renwables are two-and-a-half times more than those for renewable energy. (The study found that more than half the subsidies for renewables—$16.8 billion—are attributable to corn-based ethanol, which is widely disputed for its climate benefits and for causing food prices to spike in developing countries.)
Institutions like the World Bank, the United States Export-Import Bank, and the Overseas Private Investment Corporation must cease financing fossil fuels. Private finance will follow suit once these public institutions stop sending the signal that such investment is in the public interest. There is no shortage of low-carbon energy options, but there is a shortage of money for investing in those options. Short- and medium-term government resources should be directed at creating an efficient, renewable, and clean energy system, which includes solar, thermal, and photovoltaic electricity, plug-in hybrids and electric cars, a smart grid, vehicle to grid technology, and public transportation.

Overcoming a Crisis of Debt and Greed
The climate crisis is driven by debt, which in turn is driven by greed. Debt forces countries to remove environmental and social protections to allow for free trade and to roll back regulations that protect their forests. It forces them to extract oil, gas, and coal for export or to readily accept outsourcing of energy-intensive industries to their shores. In short, debt gives developing countries little choice but to get on the carbon-trading bandwagon, further expanding foreign control over their resources.

Within the United States, the current recession gives poor communities little choice but to trade away their rights to good-paying jobs, housing, health care, and a clean environment. These choices all have climate consequences.
An expanded green jobs program for Americans and a policy to adequately help adversely affected displaced workers can help us shift toward a green economy and restore some of the rights we have forfeited. But green jobs will not get us far unless we simultaneously put in place strong financial regulation—driving Wall Street away from speculation on issues as sacred as human health and planetary survival—to help us solve the climate crisis.

Daphne Wysham is co-director of the Sustainable Energy and Economy Network at the Institute for Policy Studies in Washington D.C.