An interview with Aliyah Dunn-Salahuddin by Jarrel Phillips

Aliyah Dunn-Salahuddin is a professor at City College of San Francisco where she teaches African American history in the United States. 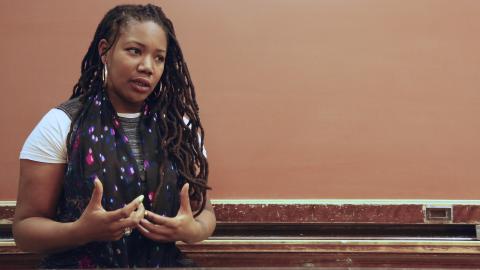 Jarrel Phillips: Talk about your experience in San Francisco. Are you from here?

Aliyah Dunn-Salahuddin: Yes, I’m definitely from San Francisco. My family migrated to San Francisco between the second and third waves of the Great Migration. They came from Kilgore, TX, which is a small railroad town that built up around the 1870s. My grandmother and her sisters came here pretty much just like a lot of other African American people, looking for new opportunities and a different way of life. They were sharecroppers… born on a farm. They didn’t have birth certificates. They did not know how to read. So they wanted to give new opportunities to my mother, who was born in San Francisco.

Phillips: Why do you think the past is sometimes hidden or not so easily accessed?

Dunn-Salahuddin: There are several reasons, most simply, it’s because it’s a painful past. A lot of our ancestors were leaving and escaping things that they didn’t want us to experience, things that they didn’t want us to know. In my classroom, when I’m teaching about the Great Migration I ask, “How many of your families are from Louisiana or Texas?” Over half of the African American students raise their hands. I know that that history is there. I also know that a lot of the students, like myself when I was their age, don’t know a lot about how their families came to be here. I think it has to do with its being a very painful past.

Our ancestors had to find some way to go on every day, to continue to survive in the best way that they could. Not talking about it, putting on “the face,” presenting yourself respectably, building a life, that was what they had to do. But in doing that, we lose a lot of our story. I think it is my job to recover my family story.

Dunn-Salahuddin: Culture is everything. For my family, culture is the way that they cooked, the dishes that they made, the blues that they listened to, the communities that they built at the churches here that they transplanted from the South. Culture is what held the family together. Black culture is a very wide net.

From an American perspective, the word “Black” (to me) encompasses all the people of the diaspora. There is not one single type of Black culture. If I go to Columbus, GA to visit my grandmother or I go to New Orleans to visit someone else, I’m going to experience different cultures, different elements of African American culture. But if I go to Jamaica, I’m going to see another element of that Black diaspora, so I think that we have to make a distinction between Black culture and African American culture.

Black culture is a medium through which we understand who we are as a people. I think that it’s particularly important for African American people because so much of that identity was stripped away through slavery. That culture is the way that we reinvent ourselves and pass on information. 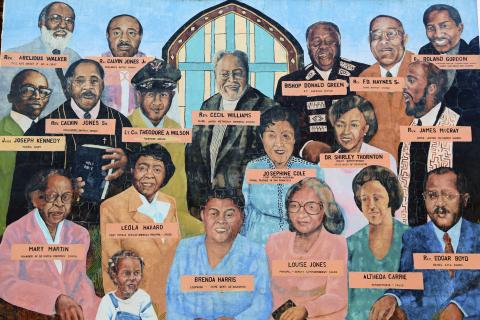 Phillips: How important do you think it is to acknowledge your heritage? How important is it to see and understand that Black culture links back to before slavery and the African Diaspora?

Dunn-Salahuddin: Very important. My mom grew up during the era of the Civil Rights Movement in San Francisco. My parents were a part of the Nation of Islam but then became orthodox Muslims and were part of this large Black Muslim community, so I’ve always had a sense of my African heritage. The Black Panthers started in Oakland. Ethnic studies started in San Francisco State.

I understood that my family and my upbringing gave me a different sort of lens, a third eye. So I think in San Francisco it was very easy for me to tap into the diaspora and have a broader sense because at my elementary school we were doing capoeira, or being a part of the Black Muslim community here, being around all these other African American people fasting, praying, going to school together. So I always had a sense of my African heritage, and that was just a part of my upbringing. It was important to my parents, not so much my grandparents, but my parents who were coming of age in the ‘60s and ‘70s and starting families.

Phillips: What do you think is the importance of our cultural art forms? Of us embracing them and being a part of them?

Dunn-Salahuddin: The arts and the performing arts—dance, music and song—those things can be used to transmit and preserve knowledge, to preserve history, to pass down traditions. It’s a part of our West African heritage. When 90 percent of our ancestors were trapped in an institution where they were discouraged from reading (even though we did find ways to learn), where their intellect wasn’t something that the slave masters wanted them to build up, the arts took on a whole different purpose.

So when I’m telling my children a story, or when I’m teaching them a song, or if we’re working and we’re singing a work song, that’s a way to get through, to get by—that’s where the blues come from. Look at how deep of an impact the blues and jazz have had on America music.

We brought our cultures with us when we migrated and that helped us to sustain identity in place. It’s pivotal and vital to our survival and to our healing. Unfortunately, for a lot of people, our goals and motivations for engaging in the performing arts are, “I’m going to make it big. I’m going to get rich.” But before, people did it to heal themselves, to release, for community. And that’s what hip-hop is, right? Before it was a musical form, it was people coming together with music and building community.

Phillips: History. Why is it important? 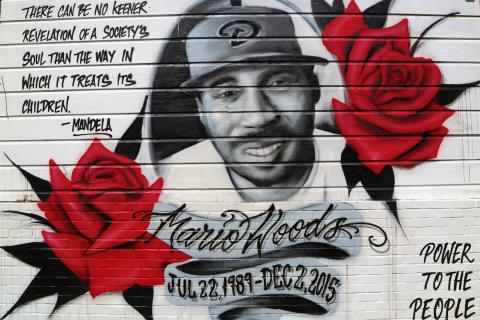 Dunn-Salahuddin: Wow. History is everything to me. Of course, I’m a historian saying that, right? But, for me as a Black woman, history gave me my sense of self. A lot of historians, particularly historians who study the antebellum period and slavery in the civil war, are white men. As an African American woman, I wanted to understand the story for myself. I wanted to also take up that space. To be in front of the classroom because I thought, “If I’m not teaching history, then who else is going to be teaching that class? What can I bring to that class?”

James Baldwin says, “History is in everything that we do.” We are unconsciously and consciously driven by it, right? Our history is a story of survivors. This is not a story of victimhood.

If I can give a Black student, a young Black student, a sense that this is not just a tragic story, this is actually a story of resilience, beauty and grace beyond what most people even understand, it helps them get through their daily life. It helps them survive… feel important. So then, maybe they’ll think twice about taking the life of somebody else.

Phillips: You draw a picture of a great correlation between past and present/presence. What are some of the things for our generation to do?

Dunn-Salahuddin: People really sacrificed and fought so much for us to inhabit these spaces. This African American Studies Department is a product of a student strike at San Francisco State, right? It’s still a struggle, but I think it’s up to us to utilize all the resources that we have attained by inhabiting these spaces, by building communities and institutions, and preserving the ones that are already built. We don’t even have to build new ones.

I think our challenge is self. It’s not about this external stuff. It’s about us looking inward, deciding for ourselves what success is, trying to draw real connections between each other—men and women, mothers and daughters, fathers. We can’t go anywhere unless we start to look inside of ourselves. We’ve got all this information. As unequal as the system is, we’ve got a lot more wiggle room, so to speak, than a generation or two before. I’m not saying, it’s all good, I’m saying that we have to not take for granted what was sacrificed for us. That’s a journey of self-healing that every Black person has to go on.

We have all these material things about us, but we are still unhappy, we are depressed, we take it out on our loved ones, we abuse one another, we kill each other, and we sell drugs to one another. I think that until we can start to have a sense of self-love and respect for ourselves as a generation, all that work that was done before is going to be undone. Our challenge is to look inside of ourselves and find that happiness despite everything because the system can’t take you down if you have that light inside of you already.

So, it’s just about finding that light and giving the young people another mind frame to see and understand who they are, so that they can see things are possible. It’s make-or-break right now. So many Black men are in prison. It’s because we don’t have a sense of self and community that they’re forced into these situations that put them at the end of a gun or put them in prison, and then they think this is who they are. It’s so sad when I talk to young Black men or women and they’re surprised they made it to 30 years old. We should not be having that outlook on life, you know? I just think it’s that self-healing that’s really our job, working within our own communities and finding that love for ourselves because if we can’t find that love for ourselves… I don’t know.