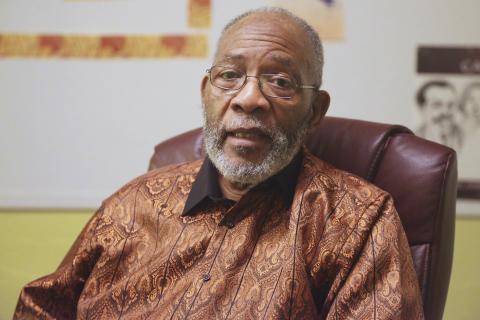 Too many people make a lot of bad decisions choosing to see evil and wrong in things because they don’t know or understand it. Nobody has a monopoly on spirituality. Spirituality is what you do with the totality of your being and treating others with respect. What Dr. King valued was personalism. Personalism means every individual has worth and dignity. Your religion is not to be dumped on someone else.

Slavery, the Crusades, and the witch-hunts were done in the name of religion. I visited this beautiful chapel in Ghana. The chapel is up top, but under the chapel was a dungeon where our forbearers were stacked like sardines to prepare them to be corralled onto slave ships. That is the contradiction of America. The church needs to have a renaissance of its best beliefs and practices. There was a holistic concern about what happened to the group, to the people. What happened to us, as a group, was enslavement.

Many of the elders were intimidated, threatened and even killed for holding on to the best of our African traditions. Any Negro who was educated, really educated, was a dangerous Negro. They were mutilated and whipped. Their fingers were chopped off. Our forbearers were afraid to raise questions. Hence, we did not stay put in terms of embracing the best of our spiritual traditions that came from Africa. Our slave masters saw it to their advantage to cut our ancestors off from their roots.

One of the factors that has enabled the Jewish tradition to survive is that they’ve always had a ritual of remembrance. They never forgot the fathers: Abraham, Isaac and Jacob. We so easily forget or we’re so easily told by our oppressors: don’t remember. We don’t have rituals of remembrance in our black community. Once a year is not enough. We need repetition and daily rituals.

Dr. Amos Brown
Pastor of the Historic Third Baptist Church
President of the San Francisco Chapter of the NAACP