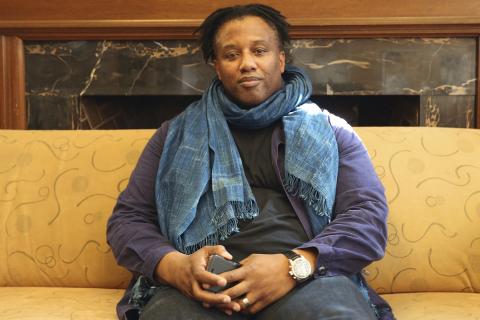 San Francisco is an estuary. It’s a place where things grow, flourish and spread out. It’s the energy from this geographical region that established a fertile ground for artistic creation. They talk about San Francisco making Richard Pryor into the Richard Pryor we all know because of our art scene.

The African American Art & Culture Complex in particular has been serving the community for almost 40 years. When San Francisco had over 100,000 Black people in its population, it was where people went when they needed a place to grow their creativity and professional experience so they could find more opportunities. Many historic and significant Black leaders and artists got their start here. Delroy Lindo and Danny Glover were part of the Black writers workshop hosted here with Buriel Clay. This center has functioned not only for preserving culture but also for elevating Black arts.

Today artists are fleeing San Francisco in record numbers. They have been for the last 10 years. But, this complex is one of the few places that subsidizes Black art and Black art companies—Cultural Odyssey, African American Shakespeare and Lorraine Hansberry Theatre—making it even more important because thousands of artists go through Black art companies. If we lose a center like this, we lose pretty much the last place where Black art is allowed to exist in San Francisco in a real way. We need Black art and culture because it’s the social fabric of San Francisco, a place known for its multicultural diversity. The idea of multiculturalism has been here since the Gold Rush.

We did a study recently with Hewlett Packard and found out that 42 percent of our audience is from Alameda County and 42 percent from San Francisco. The African American Art & Culture Complex is not just important to the city of San Francisco, it’s important to the Bay Area and Black culture from both sides of the Bay. Pretty soon we are going to depend on places like this to connect us to Black culture. It’s not going to be in a lot of other places.