A Statement of Purpose 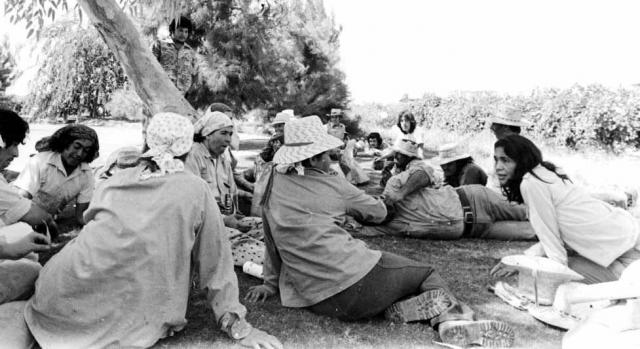 By Carl Anthony and Luke Cole

The idea for the RP&E Newsletter grew out of a caucus of interested people at the University of Oregon's Public Interest Law Conference, held March 14, 1990. Caucus participants recognized the importance of increased attention to the nexus of race, class, and environmental issues, and the need for a forum in which to continue their dialogue. The caucus decided on a newsletter as the vehicle to continue our dialogue, and the two of us were delegated the task of putting it out.

Since the meeting in Oregon, we have circulated questionnaires to the original group, and have talked to a number of people about the RP&E Newsletter. Many people around the country are exploring the intersection of race, poverty, and the environment. We come at it from different places. Some of us are environmental designers, some poverty lawyers, others grassroots activists. Some are students; others are part of "mainstream" environmental groups. Some are urban planners, religious workers, health care professionals, government officials. Some of us are low-income, others privileged. Some are people of color, some white, some highly educated, some self-educated. All of us are concerned about the disproportionate impact environmental hazards have on low-income and minority communities. And all of us need information to keep us abreast of activities, articles, events, and people working in the area. We hope that this newsletter will be a source of that information.

This first issue is by necessity a bare-bones model—we are still in the process of working out what the newsletter should be, how grand a scale we want to attempt, how ambitious we can all be. Like the caucus at which the newsletter was born, we would like the newsletter to be a democratic, relatively free-form dialogue, an honest sharing of stories and strategies, resources and relevant events. The success and health of the newsletter will depend on you, the readers—for contributions in the form of articles, book reviews, stories from your community, resources, upcoming events of interest, profiles of activists; for constructive criticism of our communal efforts; for mailing lists of people who should receive the RP&E Newsletter; and for creative funding ideas so that we can get this thing off the ground. It is up to you. We are willing to be the conduit through which your information passes, but we are not willing to do all the work of tracking down articles and contributors. Let us know what is going on out there.

We operate under several premises: First, that poor people and people of color have long been "environmentalists"—people concerned with the health of their communities—but have been defined out of the "environmental movement" by forces beyond their control. This is not to point fingers, but instead to recognize the historical contributions of poor people and people of color to protecting our environment. DDT was first banned from use not by the U.S. government, but by United Farm Workers' contracts with grape growers in the late 1960s—farmworkers who understood the dangers of pesticides and who today continue the fight for their elimination. As one Latina community leader told a group of white, middle class environmentalists recently, “Welcome to the environmental movement!”

To understand the nexus of race, poverty, and the environment, we must be aware of the way people engaged in struggle view themselves, their culture, needs, and priorities. For many environmentalists, success or failure of a project is measured in specialized ways: legislation passed, a project halted. For people living in communities, the connections must be viewed more holistically. How does the project strengthen local leadership? How does it create new opportunities for cooperation? The RP&E Newsletter will cover proactive neighborhood revitalization strategies, such as tree planting and creek restoration, as well as protest; what people are thinking as well as what they are doing.

Further, we must continue to build the bridges that have been tentatively constructed in the past few years between mainstream environmentalists and grassroots environmentalists, in a way which preserves the autonomy of community groups. One of our primary purposes is to strengthen the networks between environmental groups and working people, people of color, and poor people. Consequently, we seek articles, book reviews, and stories, which highlight a range of interests, attitudes, and practices within such groups: from established national organizations, such as the NAACP and the Sierra Club to grassroots organizers, cultural workers, and communities.

Finally, this movement is broad enough for each of us to make our own niche, so long as we are aware of what others are doing and we are all working in the same direction. Differences in tactics or style should not divide us, nor should differences in culture, color, language, or class background—if this happens, the polluters win. Industry has been successful at pitting us against each other in the past. We must work together in the future.

Several procedural points:
Time. We are proposing that the RP&E Newsletter be quarterly, with the next issue out in July.
Money. This first issue was underwritten by the Earth Island Institute and the California Communities at Risk Project of California Rural Legal Assistance Foundation. Production and distribution of the newsletter is expensive however, and this arrangement is not sustainable. We are currently exploring other sources of funding and your ideas are welcome.

Place. A quick glance at this newsletter will betray its West-Coastedness—many of the events listed and players described are from the Western U.S., specifically California. This is not purposeful exclusion of other regions—it's simply that the two of us are "in the loop" for West Coast events, and don't always hear about what is going on around the country. This is also an appeal for you to send us information.

People. This newsletter began out of a group of about 30 interested people and fell onto our shoulders quite by accident. We pulled together some articles of interest with the help of the original caucus; we now rely on you to send us new stuff. Our initial mailing will be to several hundred people around the country. We need your help in building our mailing list. If we want to expand the scope and distribution of the newsletter, an editorial or advisory board may be an important next step.

In 1990, Carl Anthony was a board member of Earth Island Institute and a co-founder of Earth Island's Urban Habitat Program. An architect and development consultant, at that time he served on the board of the Center for Economic Conversion and Urban Ecology.

Luke Cole was the staff attorney and coordinator of the California Communities at Risk Project of the California Rural Legal Assistance Foundation, where he was preparing a report on the impact of environmental hazards on poor people. Anthony continues to serve as a board member of Urban Habitat. Luke Cole died in 2009.

Tweet
‹ Toxic Wastes and Race in the United States up Carl Anthony on Earth Day: Then and Now ›