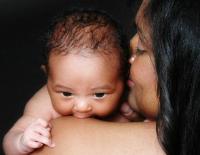 Among the myriad reasons why women use birth control, one of the most obvious is—we work. A recent study[1] finds that women believe improved career outcomes are a direct result of access to contraceptives. Women make up almost half the workforce,[2] so our contributions are integral to the economy.

In 1960, when Enovid, the first birth control pill, received FDA approval, U.S. women began weighing their options. Without unintended pregnancies, they could pursue higher education and improve their value in the job market—and they did just that. The pill revolutionized women’s ability to have successful careers outside the home.

Opponents of contraception—fundamentalist Christians, the Catholic Church hierarchy, and politicians like Rick Santorum—cite the sanctity of life as their justification. But it’s evident that they want to see women confined to antiquated gender roles and out of the workplace. The Christian fundamentalist “Quiverfull” movement is explicit on this point.[3] Mary Pride’s The Way Home: Beyond Feminism, Back to Reality quotes the Bible to maintain that women’s role is as “mothers, as bearers of children, and workers in the home under the authority of a husband.”[4]

Many studies show that limiting access to birth control increases the likelihood of unintended pregnancies, which according to the Brookings Institution, account for over 50 percent of pregnancies every year.[5] For women who can’t afford access to birth control and rely on federally funded programs like Planned Parenthood, a federal ban would be like telling them to not have sex at all.

Since no ban on birth control will curb our innate human need to have sex, we are likely to see a spike in pregnancies, which require working women to take leave, some of whom will never return. According to the Working Mother Research Institute, 35 percent of career-oriented moms stay home after giving birth because the cost of childcare is too high. Another 19 percent do not return because of the birth of additional children.[6] Having a child, whether intended or unintended, increases the strain on family resources. This does not change for women who become pregnant because of limited access to birth control. 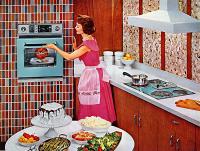 While some argue that being a stay-at-home mom is a luxury, families at the bottom of the pay scale probably disagree. If the costs of childcare (which in 2010 exceeded median annual rent payments in every state, according to a report by Child Care Aware of America[7]), transportation, and other necessities exceed your monthly income, staying at home may be the only option. Although women have been the topic of conversation this electoral season, anti-choice advocates have been silent about the consequences of limiting access to birth control.

With the rhetoric we’re fed by corporate media, it’s easy to believe that the debate around contraception is recent. That it took women until the 21st century to argue for their right to birth control. But the truth is there has never been a time in history when women haven’t protected themselves from conception. We’ve always believed we deserve to enjoy life outside of being pregnant.

The concept of controlling fertility did not start with Margaret Sanger and the American birth control movement, but with indigenous women who, in the fight to preserve personal sovereignty, made the best, most practical decisions for themselves and their families. However, it benefits the patriarchal agenda of the religious right to question the morality and utility of contraception. And the more we debate, the further we are from normalizing it.

Endnotes
1. <guttmacher.org/pubs/journals/j.contraception.2012.08.012. pdf>
2. <economix.blogs.nytimes.com/2012/10/15-/contraceptive-economics/?ref=contraception>
3.    The Christian Quiverfull movement derives its name from Psalm 127:3–5, where many children are metaphorically referred to as the arrows in a full quiver. <en.wikipedia.org/wiki/Quiverfull>
4.    Mary Pride, The Way Home: Beyond Feminism, Back to Reality.” Good News Publishing. 1985.
5.    <brookings.edu/research/papers/2011/07/unintended-pregnancy-thomas-monea>
6.    <workingmother.com/research-institute/what-moms-choose-working-mother-report>
7.    <naccrra.org/sites/default/files/default-_site_pages/2012/cost_report_2012_final_081012_0.pdf>

Shanelle Matthews (shanellematthews.org) is the communications manager for Forward Together (forwardtogether.org).