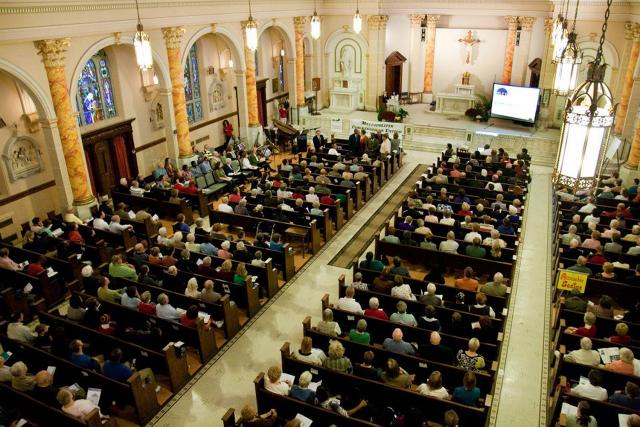 James Hill has worked at the same St. Louis, Missouri establishment for over 20 years. And for 20 years, he has been advocating for a bus system that better accommodates his wheelchair. He acknowledges the major improvements to public transit since the early 1980s when he faced incredible discrimination but believes the system still has a long way to go.
“Metro drivers didn’t want to pick up disabled persons,” he recalls. “They’d leave wheelchair [users] sitting at bus stops, or if they did stop, the wheelchair lifts didn’t work.”

Nowadays there are working wheelchair lifts on every running bus in St. Louis, but Hill knows that the fight is far from over. To get to work, he must travel in his wheelchair to the closest bus line, nearly a mile from his home. While the $30,000 electric wheelchair makes this possible, the journey along sidewalks and streets can feel quite hazardous in bad weather and insurance is not forthcoming when it comes to paying for repairs. Still, the wheelchair and the bus line, which drops Hill within a block of his place of work, constitute a lifeline to freedom. Hill has many wheelchair-bound friends who have to make at least one transfer, if not two, to get to their places of employment.

In 2008, Hill and other low-income individuals who rely on public transit were threatened with losing their ability to commute to work when St. Louis County voted down a one-half percent sales tax to fund public transit. The Missouri Department of Transportation (MoDOT) immediately reduced and re-routed many of their established bus lines and terminated the Call-A-Ride service, forcing Hill to rely upon the goodwill of coworkers and friends to drive him to work for over three months. He recognized that something had to be done and that he, along with others, needed to act.

People Organizing Help Fund St. Louis Transit
Metropolitan Congregations United (MCU), a faith-based community organizing group in the St. Louis region, organized a campaign with allies, such as Citizens for Modern Transit, to reinstate the much-needed but under-funded public transit programs by raising the sales tax. They rallied with other transportation advocates to place their initiative—Proposition A—on the 2010 Spring ballot.

MCU leaders began by educating local communities about the ballot initiative and the effects of transit funding. They hosted a public meeting where transit users, such as Hill, could share their stories and educate community members, including key state legislators. They also helped organize other community leaders and spur extensive actions, such as canvassing, holding rallies, collecting pledge cards, and testifying before the county council.

Proposition A passed with a 62 percent majority in an off-year election with a 12 percent above average voter turnout, and promised to generate more than $75 million in transit funding annually, ensuring rides for isolated and impoverished communities through an expanded metro bus system. Area jobs and local economic development could also look forward to a boost. Hill’s bus route was reinstated and through his work with MCU, he was able to secure a commitment from MoDOT to install certain sidewalks and make bus shelters more wheelchair accessible. While not all of the work has been completed, Hill is now able to use Call-a-Ride to return home from work rather than wait for the bus on the side of the street because there is no wheelchair access to the bus shelter.

Across the nation, public transportation is under attack. Transit decisions are being made without input from the primary users of public transit, i.e. people with disabilities, racial minorities, and low income people. Fortunately there is a growing countervailing force.

The Gamaliel network, which extends across 17 states and represents over 1,200 diverse faith groups—including MCU—has successfully harnessed the energy of hundreds of thousands of community members to generate local and state policy changes and create jobs through expanded public services. The successes gained by MCU in St. Louis and groups elsewhere in the Gamaliel network proves once and for all that community organizing itself can provide economic benefit to the community.

SMART Strategy Keeps Detroit Working
Detroit has two major public transit systems: DDOT (Detroit Department of Transportation), which operates within the city, and SMART (Suburban Mobility Authority for Regional Transportation), which connects the suburbs to the city. SMART has the highest ridership of any transit system in Michigan, connecting people to job opportunities and services in Detroit.

SMART transit is funded by a property tax that sunsets every few years, raising the possibility of disruption in transit service if the tax is not renewed. To prevent such an occurrence, MOSES, the Gamaliel organizing group in Detroit, partnered with Citizens for a SMART Future to plan a campaign aimed at ensuring that all municipalities opt in to support the most important transit program in the area. Campaign members planned an action where they rode the busiest transit lines, speaking to as many people as possible about the importance of the tax.

The education and advocacy paid off, leading to the passage of the SMART transit tax with an overwhelming majority. But the campaign did much more than help to keep the buses rolling for commuters—it helped to sustain job security for transit workers.
The successful Detroit transit funding campaign is just one of many transit victories for the affiliates of Gamaliel Michigan over the last five years. The organizing has caused millions of dollars to flow into the Michigan economy by helping to keep hundreds of transit workers on the job and thousands of other workers commuting to their jobs, prompting Gamaliel to publish a new study on the economic benefits of their work: “Community Organizing As a Job Creator: An Investment That Works For All”.

Community Organizing as Job Creator
Victories achieved through community organizing are not isolated events. The study by Gamaliel shows clearly that community organizing should be viewed and understood in terms of the number of jobs generated and the increase in the Gross Domestic Product (GDP) that occurs as a consequence.

One notable campaign conducted by Gamaliel is known as the Missouri Model and has come to be regarded as Gamaliel’s signature campaign. When community leaders in St. Louis and East St. Louis noticed a lack of minorities in the construction workforce throughout the metro area, they became concerned. So, United Congregations of Metro East (UCM) and MCU banded together to create a campaign that led to the best workforce diversity on a highway project in the history of the U.S. When the $550 million dollar project was finally completed, organizers could boast that their efforts had resulted in 27 percent of the work being done by women and minorities.

To achieve this significant victory, UCM and MCU had to work on federal legislation. Section 1920 of the 2005 transportation bill, SAFETEA-LU (A Safe, Accountable, Flexible, Efficient Transportation Equity Act: A Legacy for Users), contained an encouragement by Congress to expand workforce diversity. UCM and MCU used it to insist that diversity would not be possible without pre-apprenticeship training dollars and on-the-job training opportunities for low-income individuals, people of color, and women. They succeeded in pushing their agenda with surprising results for both the community and the project itself.
“The project met its goals, was $11 million dollars below budget, and provided jobs for those who most needed them, but more than that, it stimulated the local economy,” says Dr. Ron Trimmer, who is credited with creating the Missouri Model. “We figured out a solution that lifted all the boats and provided a way out of poverty.”

Making Organizing a Way of Living and Working
The evidence shows clearly that by investing in community organizing, we, the people can generate the political will for job growth and economic recovery, and create and sustain employment opportunities. So, we have come up with the following recommendations for each of the parties involved:

From significant changes to public policy, to the development of urban areas, to social movements resulting in long-term benefits to local communities—the impact of community organizing cannot be overstated. If we are to successfully address the economic crisis and create space for low income and middle class families to achieve economic dignity, community organizing must be at the center of our response, prioritized and supported by foundations, governments, and individuals.

Laura Barrett is the executive director of the Tranportation Equity Network (TEN). To learn more about the full report, Community Organizing As Job Creator: An Investment That Works For All, see Research and Resources on page 85.