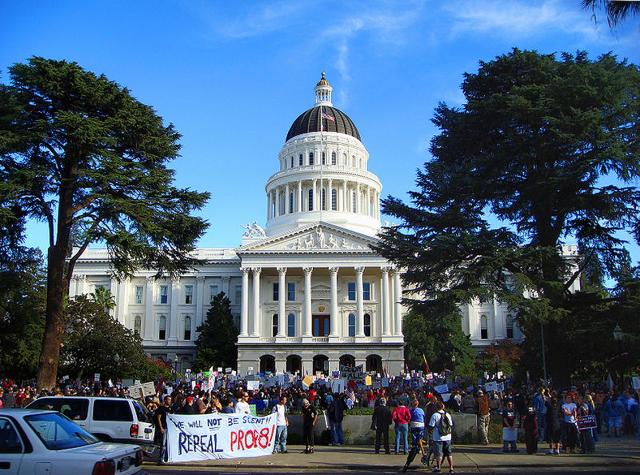 Ballot initiatives play an increasingly important role in setting policy in California on every issue from healthcare and the environment to same-sex marriage. In 1911, when wealthy special interests had corrupted politics in Sacramento and crippled the people’s ability to hold government accountable, California established the initiative, referendum, and recall to give the people the power to make or unmake their own state laws and to remove their elected officials. But today, that system is not functioning as it was intended, especially for California’s new majority.

Wealthy special interest dollars fuel the initiative economy, which coupled with a lack of review and oversight, plus poor voter education on ballot measures, has led to poorly drafted proposals, legal challenges and attacks on people’s civil rights. This is not the empowering direct democracy reformers had envisioned.

In 2011, the Greenlining Institute launched an unprecedented effort to identify a set of reforms to fix our broken system. With funding from California Forward, the James Irvine Foundation, and the William and Flora Hewlett Foundation, we conducted a two-part public opinion survey of a representative sample of California adults in June and December, 2011.1 More importantly, we convened 17 community listening sessions across 14 cities to learn more about real voter experiences, attitudes and ideas for direct democracy. The input we received from the community, in addition to that from a 33-member advisory panel of policy experts, good government groups, and community-based leaders, helped us develop a reform agenda that can start to return the initiative system to its “citizen democracy” roots.

Following is a summary of key findings from our poll and listening tour, along with recommendations for reform.

Initiatives Often Attack Civil Rights
Our survey found that 73 percent of California voters believe the rights of various groups of people are often attacked via the initiative system, while 44 percent felt their own rights have been attacked. Some of these initiatives have proven unconstitutional but owing to a lack of review or oversight prior to voting, their violations only become apparent after they are litigated and overturned in court. We need a mechanism to keep the initiative system from being misused or abused. One way—favored by 81 percent of California voters—would be to review proposals for legal and constitutional issues and drafting errors before they get on the ballot.

Considering the costs of signature-gathering, running a campaign, and litigation, a system of review and oversight at the front end of the process could save both the state and initiative proponents money, while reducing attacks on people of color and other disenfranchised groups.

Petitions Unavailable to Non-English Speakers
Those who do not speak English are excluded from determining what goes on the ballot simply because initiative petitions are available in English only.
The Federal Voting Rights Act (VRA) of 1965 outlawed discrimination in voting with a series of provisions designed to ensure that all eligible citizens can exercise their right to vote free from intimidation or discrimination. Section 203 of the law requires counties with significant limited-English populations to provide elections materials in relevant languages. For California, this has meant that we provide materials, such as voter guides and sample ballots, in at least Spanish, Chinese, Japanese, Vietnamese, Korean, and Tagalog. But this requirement does not currently extend to initiative petitions being circulated in hope of getting on the ballot.

According to Migration Policy Institute, California’s Limited English Proficient (LEP) population grew by 56 percent from 1990 to 2010, to roughly 6.9 million. About 47 percent of California’s naturalized citizens do not speak English very well. It is unacceptable, therefore, that a majority minority state like California does nothing to proactively integrate these voters into our direct democracy.

Big Money’s Great Influence Over Initiatives
Californians are clearly frustrated by the influence of big money on the initiative process. It can cost proponents upwards of $2 million to qualify a measure for the ballot and several more millions to run a successful campaign afterwards. Consequently, groups with low and moderate means cannot run effective proactive campaigns and often end up on the defensive side of issues. While we cannot legally limit the amount of money spent on ballot initiatives, we can keep wealthy interests accountable by making information about top funders more readily available.

In our survey, 85 percent of registered voters said it is important to know who is funding initiative campaigns—both for and against measures—when making decisions; and 78 percent wanted that information presented to them in the California voter guide. Fifty-nine percent also said that they would actually be less likely to vote for a legislator who opposed legislation, such as The California Disclose Act (AB 1648), that would improve disclosure of top donors on political campaign advertisements.

Process and Language Defy Comprehension
Our survey found that 30 percent of California voters mistakenly think that they have to vote on all propositions listed on a ballot to make it valid. Disturbingly, this incorrect belief is held by 42 percent of black and 53 percent of Latino voters.

When undecided about how to vote on a ballot measure, 44 percent of California voters said they “make the best decision they can.” As one participant in our listening tour said, “I will look at the fiscal if I’m not sure. If it is going to cost money, I vote no. The state doesn’t have any money.” But the fiscal estimate alone does not give voters the whole picture. Currently, the state voter guide does not provide an analysis of a proposition’s social impacts—its effects on things like the poverty and unemployment rate and the environment. We found, however, that a strong majority (60 to 70 percent) of California voters would like to have information about a proposal’s social impacts.

Also, many community members described the current voter guide language as “complex,” “confusing” and “legalese,” and expressed a need for simplifying the language to be consistent with the reading levels of the average California adult.

If we want an initiative system that: (a) enables California’s new majority to participate, (b) protects against attacks on civil rights, and (c) allows people to hold their government and wealthy special interests accountable, we have to include people of color in the discussion.

There is no quick fix to the complex problems we face in trying to reform the initiative process, but the recommendations outlined here would be a good place to start. Some reforms can be enacted by the legislature and may get approval relatively easily but the more extensive and complex reforms may very well require their own ballot initiatives.

END_OF_DOCUMENT_TOKEN_TO_BE_REPLACED
The Earth Is the Only One Telling the Truth