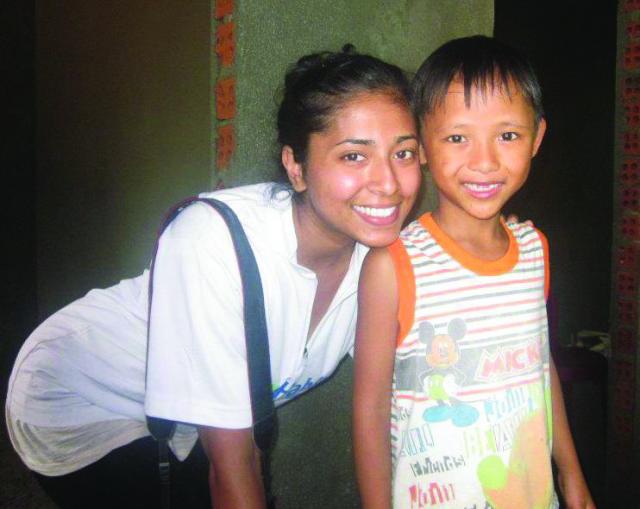 Smita Nadia Hussain (chaaweb.org) is a poet, blogger and photographer who serves in leadership capacities for local young Democrat and API organizations, including Community Health for Asian Americans (CHAA), the English Center and the National Asian Pacific American Women's Forum (NAPAWF). She recently traveled with Habitat for Humanity to build homes in Vietnam.

My parents are from Bangladesh, a country birthed from genocide. People were victimized; tongues were cut off. They wanted independence and were literally fighting for their voice. They demanded the right to speak their language and fought for democracy. When the civil war happened in 1971, a lot of the guerilla fighters were women. Many were executed. Half a million women were raped in nine months. Yet, they still stood up.

When people think of Muslim women they think of an arranged marriage or a head covering. But, my grandmother’s sisters were doctors and lawyers in their country. They marched and protested for their rights. My great grandmother and her sisters used to march at their university saying they wanted a free country and that women should be free to go out and work.

There’s a lot of intersection between issues confronting Muslim women, South Asian immigrants and refugees, and Islamaphobia in the United States. Their stories are those behind headlines of war, immigration and political strife.

I’m a part of the East Bay Refugee Forum—a coalition of organizations that work on issues facing API and refugee communities in the Bay Area. Directly and indirectly, these organizations provide necessary services and resources—such as, bus rider information, community events, legal and health clinics, and where to get vaccinations. I do some work also for the English Center, which serves immigrants, international students and professionals who need to improve their communication skills to achieve their goals, find better jobs, attend college, and improve their professional options.

Although there are services out there, with the budget cuts to social services across the country, so many benefits are lost to the point where fear of starvation and homelessness is very real. Within the refugee communities in Oakland, there is a high unemployment rate, much higher than the rest of the country and the rest of California. There’s one group called the Karan—a minority group from Burma that came here because of war in their country. They have an 80 percent unemployment rate; higher than any other constituency in Oakland. The economic situation of refugees in Oakland is very troubling. On top of the language issues, many don’t have a formal education and no English skills. They are stuck.

END_OF_DOCUMENT_TOKEN_TO_BE_REPLACED

END_OF_DOCUMENT_TOKEN_TO_BE_REPLACED
From the Camps to the Neighborhoods

. "There are never any guarantees, but it is important to act as if it were possible to radically transform the world." Subscribe link