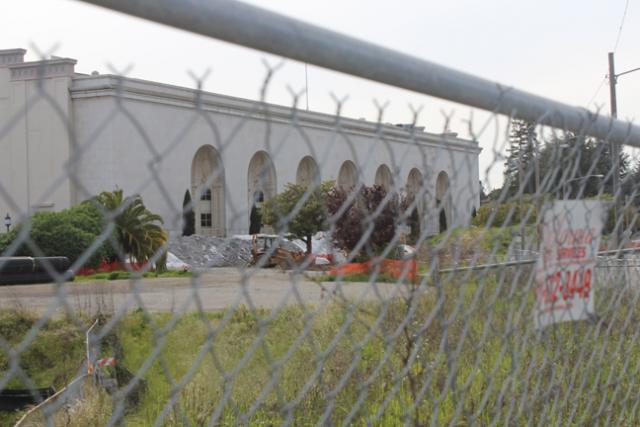 The City of Oakland, California, is sometimes compared to a good model car that, for strange reasons, never seems to be able to give uninterrupted service or get up to full speed on the highway. Strategically located and blessed with an interesting, industrious, creative, and diverse population, a wonderful climate, spectacular views, and the perfect blend of city, marsh and woodland hills, Oakland ought to be one of America’s jewels. It is not. Instead, it is often described as a city of missed opportunities and wasted resources. Nothing exemplifies that description more than Oakland’s treatment of the structure originally known as its Civic Auditorium (renamed the Kaiser Convention Center in 1984).

After years of bungled management, Oakland closed the 98-year-old cultural treasure in 2005—at the same time it was pouring redevelopment money into rehabilitating and reopening another entertainment venue, the Fox Oakland Theater in the rapidly gentrifying Uptown District. Then the city dithered for years over what to do with the Civic Auditotium before entering into a purchase-leaseback agreement with the Redevelopment Agency (RDA) in 2011, just in time for the statewide dissolution of the RDAs. In January 2012, the Auditorium became the target of the Occupy Oakland movement which staged a failed attempt to occupy the building and convert it into a social services center.

Buffalo Bill, Huey Newton, Grateful Dead, and the Oakland Ballet
In its time, the Civic Auditorium was the cultural center of one of the most multicultural cities in the nation. Built in 1913, it has hosted such varied events as Buffalo Bill’s Wild West show, roller derby contests, boxing matches, concerts by Duke Ellington, Elvis Presley, James Brown, the Grateful Dead, and Public Enemy, and even a massive benefit birthday party for then-imprisoned Black Panther Party founder Huey Newton featuring a speech by national African American leader Stokely Carmichael.

With a total seating capacity of 6,400 persons in a multipurpose arena and an adjoining theater, the Auditorium can still host all but the largest indoor entertainment activities in Oakland. For years, many of Oakland’s high schools held their graduation ceremonies in its confines, and the Oakland Unified School District held its annual holiday party performances for elementary school students and their families there. It has been home to both the Oakland Symphony and the Oakland Ballet. When Oakland was a segregated city, the Civic Auditoriun hosted dances and other social events that attracted African Americans from all over the Bay Area.

Despite the still-weak national economy, these should be boom days for the Civic Auditorium. Ten years ago, Oakland voters passed the $198 million Measure DD water and park bond to renovate the southwestern end of Lake Merritt, near where the  Auditorium sits. Measure DD workers are currently putting in attractive pedestrian- and bicycle-friendly bridges and walkways directly in front of the Center and opening up the Lake Merritt Channel that runs along its southern edge. This will eventually make both the Channel and the Civic Auditorium grounds a part of greater Lake Merritt, Oakland’s premier outdoor tourist and citizen attraction.

But the Civic Auditorium has been shuttered for seven years since the Oakland City Council closed it down at the request of then-Mayor Jerry Brown, saying that it was losing $600,000 to $700,000 a year in city funds. “I just don’t think [the building is] profitable,” City Administrator Deborah Edgerly said at the time.

Oakland Tries to Salvage Treasure—or Scrap It
Since 2005, through the succeeding mayoral administrations of Ron Dellums and Jean Quan, the city has tried unsuccessfully to either sell the Auditorium property, lease it out, or reopen it. It tried to sell the Center to the RDA, which would issue bonds and re-sell the building to a private entity, which would lease it back to the city. It also proposed redeploying the building as the site of the city’s main library or part of the Peralta Community College District, or selling it outright.

“Every time the city runs short of cash, they decide to sell off public assets,” says Naomi Schiff, a veteran of Oakland’s many development battles and member of the board of the Oakland Heritage Alliance. The 30-year-old nonprofit Heritage Alliance works to preserve Oakland’s architectural, historic, cultural, and natural resources. 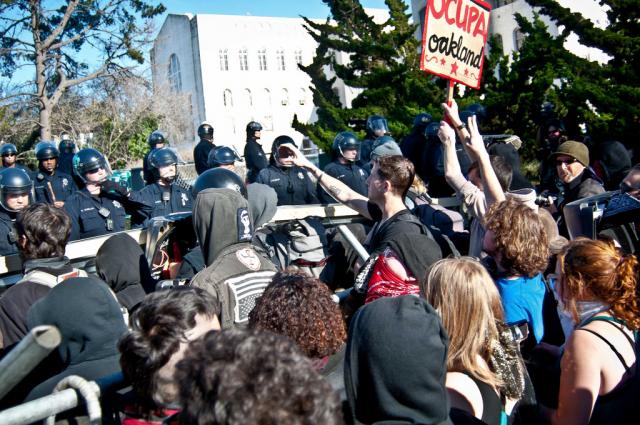 Oakland officials “have tried to sell off pieces of land around the lake before, and the [Heritage Alliance] has fought it every time,” Schiff says. “I think if [Oakland] tried to sell [the Kaiser] into the private market then the Measure DD folks would react immediately and there would be loud noises made.”
Schiff believes the Center should remain public, and the city could face legal obstacles if it tried to transfer ownership of the property into private hands.
“There are some title issues as well as tidal issues involved,” Schiff says, referring to California’s environmental laws concerning preservation of tidelands properties as well as the original deed of the Civic Auditorium lands to the city.

But longtime Oakland City Councilmember Jane Brunner says that the Civic Auditorium probably cannot be saved without some sort of public/private partnership. Brunner chairs the Community and Economic Development Committee, which oversees development issues in the city.
“I’d love it to stay public, but in reality, it has to be a combination. That’s what we did with Children’s Hospital and the Old Merritt College,” Brunner says.
Several years ago, the City of Oakland went into partnership with Children’s Hospital on the long-shuttered former community college campus in North Oakland. The city put in a publicly held senior center and the hospital uses the rest of the campus for a private research center.

“It really has to do with getting creative and finding somebody who can work with a joint project,” Brunner says. “And it’s not just refurbishing Civic Auditorium; the other problem is that the operations are expensive,” she says.

Under Mayor Jean Quan, Oakland has made a renewed effort to do something, anything, with the Center besides letting it sit by the side of the Lake Merritt Channel and deteriorate. Late last year, the city solicited bids from firms who could market the Civic Auditorium and find a buyer, an operator or tenants; two companies submitted proposals. By that time, however, the rehabilitation of the Center had been caught in an epic government meltdown: the statewide dissolution of California’s city redevelopment agencies.

Auditorium Pushed into Redevelopment Morass
During its 2011 budget crunch, Oakland had entered into a purchase-leaseback agreement with its RDA, selling both the Civic Auditorium title and its $14 million annual debt to the agency. But as that sale was being finalized, former Oakland Mayor Jerry Brown—now governor of California—got the state legislature to pass the bill that ended redevelopment  in the state. AB X1 26 seized all city redevelopment funds to balance the state’s 2012-13 budget, forcing cities to take over existing redevelopment obligations.

This lobbed the Civic Auditorium and its problems to Oakland’s state-mandated successor to the RDA, a new public entity overseen by a seven-member board consisting of Mayor Quan and representatives of AC Transit, the Alameda County Board of Supervisors, the Peralta Community College District, and the Oakland Unified School District. The decision over what to do with the two bids to Civic Auditorium will now be made by that oversight board, taking the venue out of the sole hands of the City of Oakland for the first time.

Meanwhile questions linger over the wisdom of the decision to close the Civic Auditorium in the first place. Proper management and marketing could have avoided the shut-down, according to Schiff.

“The City Council people would lean on the staff to give them a good rate when all these churches and nonprofit groups would come and try to rent the place out, and then they wouldn’t backfill it out of their budget,” Schiff says. “Then they turned around and said, ‘We’re losing money on the auditorium.’” The decision to rename the venue also hurt, she says. “It lost its identity as the Oakland Auditorium. Nobody was trying to keep that building going.”
Under Mayor Jerry Brown, responsibility for running the Civic Auditorium went to then-Director of the City Cultural Arts Department, Dennis Power. Already tasked with managing the Oakland Museum and the Alice Arts Center (later renamed the Malonga Casquelourd Center), Power had little time for or interest in the Civic Auditorium. During the debate over closing the Auditorium, Power called it “an anachronism,” adding that it was too large for some gatherings, and too small for other concerts and events.

Schiff sees no connection between the closing of the Civic Auditorium and the fact that the Brown Administration and the City Council invested massive amounts of city redevelopment money in rehabilitating and reopening the Fox Oakland Theater.

But others believed in 2005, and continue to believe now, that the city erred in planning to close one viable entertainment venue while reopening another, and that the real reason the Auditorium did not get city support seven years ago was that private developers had their eyes on the Center, and used their influence with city leaders to block its continued use as a public entity.

The massive demonstation by Occupy Oakland brought the abandoned building briefly back into the  limelight but in the budgetary climate of today’s Oakland, there seems little chance it will be brought to life any time soon. For now Oakland’s Civic Auditorium continues to sit empty, forlorn and alone at the end of Lake Merritt, awaiting its ultimate fate.

J. Douglas Allen-Taylor writes frequently for RP&E. He is a freelance journalist based in Oakland, California.