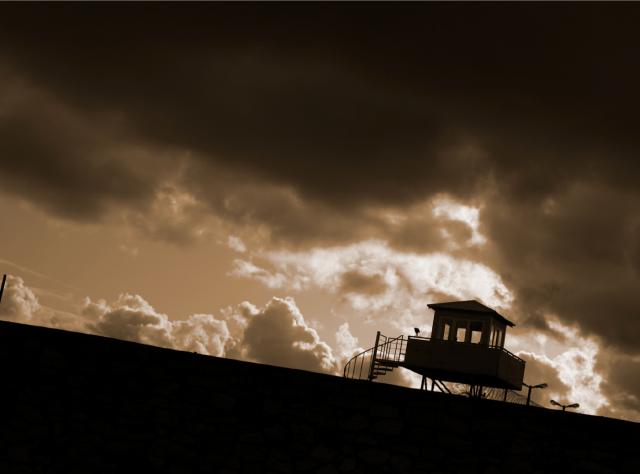 When Brooklyn native Ramon Velasquez was sentenced to prison, he was transported to the Attica Correctional Facility, about six hours and 350 miles from his home. Although acutely aware that he was far from where he lived, Velasquez did not realize that his transfer to Attica would also result in his community’s political clout being displaced. That’s because the U.S. Census Bureau—contrary to the provision of the New York State Constitution, which considers Velasquez a resident of Brooklyn even during his time in prison—counted him (and all other incarcerated persons in the United States) at the location of the prison rather than at his home.

Velasquez assumed that he would be counted in his home district during his prison sentence. After all, he had no connection to the local community in the district in which he was imprisoned. Incarcerated people  are not allowed to use local services and do not participate in local community affairs in any meaningful way. If allowed to vote, they are required to cast absentee ballots in their home districts. As Velasquez wrote in the Huffington Post, “I always considered Brooklyn my home, which is where my family lives.” And that’s where he returned directly upon his release.

Effect of Prison Populations on Democracy
Following the 2000 Census, New York’s Redistricting Task Force drew new legislative districts based on the population data, which counted 71,466 incarcerated people at the wrong location, posing a serious problem for democracy in New York.

Using incarcerated populations to pad numbers in districts with prisons artificially inflates the number of “constituents” in those districts. It gives extra political clout to some people solely on the basis of their residential proximity to a prison, while reducing the political representation of others, especially urban residents and communities of color. “Prison-based gerrymandering” dilutes the political clout of voters in districts with disproportionately high incarceration rates, such as Velasquez’s home borough of Brooklyn.

Furthermore, the practice of counting incarcerated people as though they were residents of the county in which they are confined undermines the constitutional principle of “one person, one vote” and distorts our democracy on every level, from local school boards to state legislatures.
The New York legislature has since ended prison-based gerrymandering with a 2010 bill that reallocates incarcerated people to their home districts for redistricting purposes. But most states and many local governments have not put forth similar legislative solutions to ensure that incarcerated populations are counted in their home districts.

Anamosa: A Case Study in Gerrymandering
The city of Anamosa, Iowa provides one of the clearest and most dramatic examples of how prison-based census data can skew matters. In 2005, Anamosa resident Danny Young was voted onto the City Council as a write-in candidate with a total of two votes. The two people who cast ballots for Young—his wife and his neighbor—were among the few true residents of the city ward with a legal vote as the balance of the “constituents” were the 1,321 people incarcerated in the Anamosa State Penitentiary.

Since the city had included the prisoners in the general population count during a 2002 redistricting, the 58 true residents of Young’s ward ended up with as much power in local government as the over 1,300 residents in each of the other wards. In other words, padding the ward with the prison population gave 1 percent of Anamosa’s population a 25 percent stake in political representation. Asked whether he considered the prisoners his constituents, Young told the New York Times, “They don’t vote, so, I guess not.”

The Anamosa City Council was a stark, if likely unintentional, example of prison-based gerrymandering. When viewed through the lens of state rather than local districts, however, the effects on minority voting power become quite striking. The prison population is nearly a third African American or Latino, but Anamosa is a small, rural city where less than 2 percent of the residents are black or Latino.

When Iowa draws its state legislative districts, the district that contains the Anamosa prison gets credit for the prison population. All other districts will suffer as a result of padding this state district. The biggest victims of prison-based gerrymandering are the urban communities like Waterloo and Iowa City that send disproportionate numbers of people to prison and are denied their true population at redistricting time. 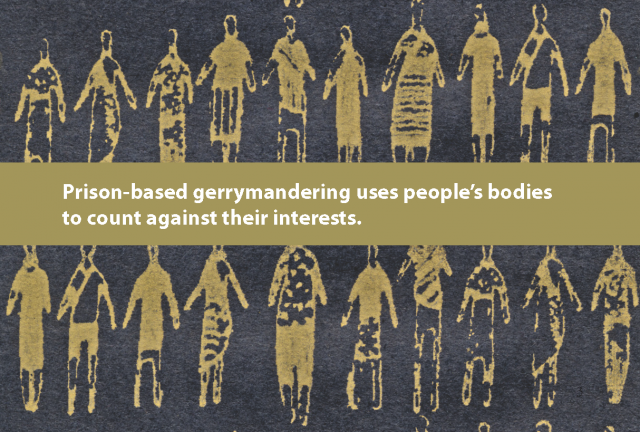 Hearkening Back to Slave Population Counts
Across the country, prison-based gerrymandering has the effect of siphoning off political clout from the communities where most incarcerated people come from, and transferring it to the districts where they are confined but cannot vote. This use of incarcerated “phantom populations” has a disconcerting resemblance to the pre-civil war practice of counting slaves as three-fifths of a person for the purposes of U.S. Congressional apportionment. It artificially boosted Southern representation under the 1787 Constitution’s infamous “three-fifths” clause.

While a disproportionate number of the incarcerated are people of color from urban communities, the majority of new prisons are built in non-metropolitan, predominantly white communities with low incarceration rates. In fact, we found that in over 173 counties in the U.S., more than half the black population is incarcerated. This does not reflect heightened racism in these counties. It merely demonstrates that the people behind bars in those counties are not from the area. Despite this critical demographic difference, the Census Bureau counts incarcerated people—who have been unwillingly transported far from home and who cannot vote or participate in the local community—exactly as if they were residents living freely in the community with a stake in local government.

Wisconsin Should Rethink its Districts
The issues that concern the residents of a district with a prison are generally substantively different from those of the incarcerated in that district. When incarcerated people need to access the legislature, they reach out to representatives from their home districts. As Henry Hamilton III of the Wisconsin NAACP explains, “Legislators from communities where prisoners are from, and [to which they] will likely return, are more inclined to sponsor and support legislation that will benefit the prisoners upon reentry, as well as their victims and their communities.”
In the current round of redistricting based on the 2010 Census, Wisconsin displays some of the more dramatic instances of prison-based gerrymandering. The 53rd Assembly District, for example, has the highest concentration of prisons in the state and 5,583 of its “constituents” are to be found behind bars. Without the prison population, District 53 would fall below the required population size for a district—beyond the allowable 10 percent deviation from ideal population size. Including the prison population in the census count gives every 90 residents of District 53 the same amount of political clout as 100 residents of any other district. Moreover, demographically, District 53 claims a sizable African American population. But a closer examination shows that only 590 of its 2,784 African American “constituents” actually reside outside prison walls.

Movement to End Prison-based Gerrymandering
While states like Wisconsin continue to use flawed census data in redistricting, there is a growing movement to end prison-based gerrymandering that has inspired changes at the national, state, and local levels. Maryland and New York have both passed legislation to count incarcerated people at their homes for the current redistricting cycle, while California and Delaware have passed laws to fix the problem during the 2020 cycle. At the local level, more than 100 county and municipal governments across the country already exclude incarcerated populations from redistricting plans.

Although the Census Bureau once again counted incarcerated people in the wrong location for the 2010 Census, it has agreed to publish detailed data on incarcerated populations much earlier than in the past. This gives state and local governments the information they need to avoid prison-based gerrymandering in time to use it in their redistricting processes.

As for Anamosa—as soon as citizens discovered that prison-based gerrymandering was compromising the fairness of their City Council, they wrote up a petition to switch to an at-large system that ensures equal weight for each vote cast. Council Member Danny Young was one of the first people to sign on.