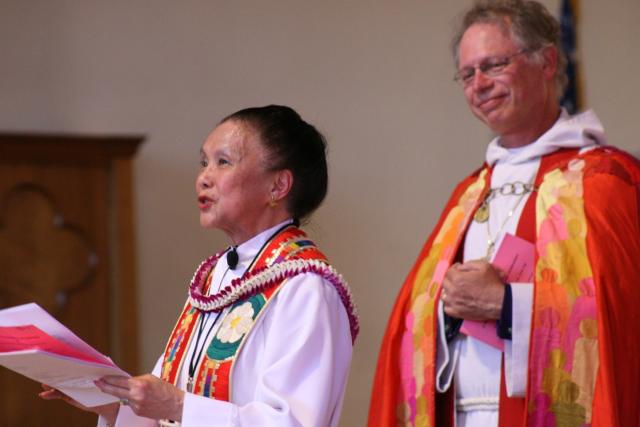 A former Oakland Chinatown resident remembers the arrival of Bay Area Rapid Transit (BART) to her neighborhood. Adapted from an interview with Fran Troy for a radio documentary on KALW’s Crosscurrents by Lindsey Lee Keel.

The three square blocks called Madison Square Park was once a thriving neighborhood until the wrecking ball of urban renewal made way for what is now Lake Merritt BART Station. It is paved over now, but the house where Fran Toy grew up was right here, where Madison Park is today.

“I lived there from the moment I came home from the hospital until four days before my 22nd birthday, when I left to get married,” says Toy, adding that it was a safe neighborhood of Victorian duplexes and apartment buildings. “We didn’t even lock our doors!”

Like Toy’s own family, most of the neighbors were working class, many of them immigrants from China. Although she grew up during the Depression, Toy and her siblings did not know they were poor.

“We played in the streets a lot because in the ‘30s there weren’t that many cars. I think the guys played ‘kick the can.’ And we saved the paper caps from milk bottles that were delivered and played with that. It was just a very peaceful childhood,” says Toy.

“The majority of us children went to what we called American school [until] the early afternoon, then we had a little breather, and then we went to Chinese school before dinner.”

There was always something to do, and for Toy’s family that included spending a lot of time at the True Sunshine Episcopal Church.
“My mother was a very faithful Christian, very devout, and she gave hours to the church. She volunteered herself and of course, she volunteered her children. So, every Saturday she marched my brother, my sister, and me from 8th Street, where we lived, to the church. And we’d clean the church for Sunday services.”

Toy, her sister, and about three other young ladies used to collect the Sunday school students and walk them to the church and then back home. “Like the Pied Piper,” she quips. The congregation was mainly Cantonese and so was the neighborhood. But the tightly knit neighborhood was slated for demolition as part of the city’s plan to eliminate what it called ‘urban blight.’

UC Berkeley Geographer Richard Walker explains: “In the mid-20th century, Victorian houses were regarded as old dogs... completely out of fashion and clunky. So that’s the kind of mindset of the downtown business people you would have circa 1950.” That mindset allowed for a top-down approach to redevelopment. City planners decided to level three blocks to make way for a new BART station and headquarters.

“Now there’s also, of course, an unspoken (or sometimes pretty straightforward) racism and classism that says, ‘We wanna get rid of these unsavory people’, whether they are the new African American populations that had come in during World War II or the Chinese.”

According to Walker, bringing BART to Oakland was a victory for the city but a big surprise for most of the residents who would be displaced. “Ordinary people would have had very little idea of what was going on. A lot of this goes on behind closed doors. So people find out at the last minute.”

Between 1964 and 1966, BART acquired all the properties on those three blocks, displacing 75 Chinese households.
“They were all quite devastated, and it forced them to move elsewhere in Oakland,” Toy recounts, but that was not the hardest part for her family. “We lost our spiritual home because this church was right there around the corner from my home.” It was where Toy’s parents met.

“In my whole lifetime I saw my mother cry twice,” she says. “Once when her mother died, and the second time when the bishop came to deconsecrate the space because it was going to be torn down.” The Church was demolished and members moved to a different building but it was miles away, on Lincoln Avenue. “We lost congregation members by the droves. I remember one Sunday going to church, and the priest and I were the only two people there.” Toy recalls.

The redevelopment of the neighborhood left residents sad and angry, but they resigned themselves to the change and did not protest. “It was not part of our culture to mobilize and resist, not back in the 1960s,” explains Toy. “When you grow up in a culture where the people at the top have ultimate control... you don’t resist.”

Later generations would resist and indeed transform the way redevelopment worked.
In the mid sixties, Fran Toy’s family may have lost their home and church, but two decades later, Toy was ordained the first Asian American female priest in the Episcopal Church.

The Reverend Dr. Fran Toy is now retired  and the church has found a new home in the heart of Oakland’s Chinatown—at Harrison Street, near 10th. Toy still attends services there every so often.

Lindsey Lee Keel created this story for a series on Oakland’s Chinatown for KALW’s Crosscurrents. Adapted for print with permission.