Picketers surround a chainstore clothing outlet and hand out leaflets about labor conditions on the Pacific island of Saipan. A mainline church sponsors a talk on how the world’s largest sneaker companies use Indonesian sweatshop labor. Students at the local college take over a campus building, demanding that the school quit licensing its logo to appear on goods made in sweatshops.

These are just some of the events happening with ever-greater frequency in cities across the United States. Dozens of overlapping activist networks and hundreds of groups—some with paid staffing and thousands of supporters—are mobilizing to improve wages and conditions in sweatshops. Most United States anti-sweatshop groups specialize in one of four areas: generating mainstream media attention, mobilizing activists nationwide, developing a base in a particular community, or supporting workers at a particular company or location.

Picking up steam since the early 1990s, the movement has pushed the sweatshop issue into the national consciousness, forcing corporations to adopt “codes of conduct” for their suppliers, creating organizations to monitor compliance with the codes, and helping workers in at least two overseas sweatshops forge union contracts. “There have been great advances,” says Stephen Coats, executive director of the Chicago-based United States/Labor Education in the Americas Project (US/LEAP). “We are light years ahead in terms of the power we can bring to bear on companies.”

But the movement has yet to significantly improve the industry’s wages and labor conditions, either in the United States or abroad. The missing ingredients, leading activists say, include sweat-free alternatives for consumers, resources for workers to organize industrywide, and enforceable laws and international pacts protecting worker rights.

“[Inside] the movement there’s not enough coherence around strategy, vision, or how to move forward,” says Lynda Yanz, director of the Toronto-based Maquila Solidarity Network.

United States-based organizing against sweatshops dates back to the 1890s, when progressives helped garment workers organize legislative campaigns. But sweatshops remained widespread until workers formed unions and carried out industry-wide strikes. The International Ladies’ Garment Workers’ Union, formed in 1900, and the Amalgamated Clothing Workers of America, founded in 1914, won labor contracts that dramatically improved wages and working conditions and set up programs for worker healthcare, pensions, and even housing. By mid-century, the two unions and the Textile Workers Union of America, formed in 1939, represented nearly one million workers.

All told, about 75 percent of clothing sold in this country is made in sweatshops. The typical worker is a young woman whose wages leave her struggling at less than one-third of her country’s official poverty level. Her work week may extend to 80 hours or more. Her chances of encountering sexual harassment, pregnancy discrimination, and safety hazards are high. She’d likely be fired for trying to form a union. 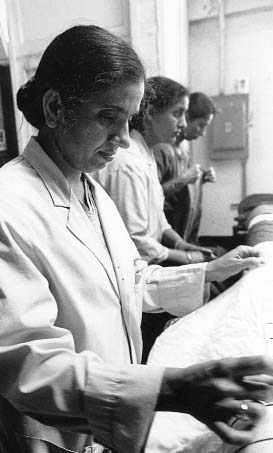 Mergers among the three apparel and textile unions led to the 1995 creation of the Union of Needletrades, Industrial and Textile Employees. Faced with dwindling resources and a membership of just 150,000, UNITE further merged with the Hotel and Restauraunt Employees union to form UNITE HERE. Working as part of the Change to Win coalition, their current campaign focuses on CINTAS, the largest uniform manufacturing company in the United States.

“Taking on the retail industry requires an international solution,” union organizer Ginny Coughlin says. Toward that end, the United States-based union has strengthened ties with unions and worker organizations in the garment and textile sectors of 10 countries, including Mexico, the Dominican Republic, Guatemala, China, Thailand, and Indonesia.

The National Labor Committee did extensive work focusing public attention on sweatshop practices. The committee captured extensive media coverage with a series of exposés, including a 1996 disclosure that Wal-Mart clothing marketed under Kathie Lee Gifford’s name was produced in Honduras by 13-year-old girls working 13-hour shifts for 31 cents an hour. When Gifford cried on TV, the movement was on the national radar.

Global Exchange expanded the awareness with high-profile litigation, including a 1999 lawsuit against United States corporations that held workers in virtual slavery on Saipan, the largest island of the United States “commonwealth” known as the Northern Marianas. Global Exchange backed the suit with demonstrations and picket lines at Gap stores and company headquarters in San Francisco. Most of the retailers eventually settled, agreeing to pay for independent monitoring of the plants.

Groups focusing on mass mobilization constitute the movement’s second pillar. Two based in Washington, D.C.—the Campaign for Labor Rights (CLR), founded in 1993, and United Students Against Sweatshops (USAS), initiated in 1997—have created communication networks to mobilize supporters in dozens of  locations simultaneously. “We work on campaigns that support workers when they’re trying to organize sweatshops,” says Daisy Pitkin, CLR’s national coordinator. “We become involved when a United States retail company is involved, because that’s how grassroots activists can get a handle. We never work on a campaign alone. We always work in coalition with other groups.”

USAS chapters pressure universities across the country to keep school names and logos off sweatshop clothing. “The organization functions like an information clearinghouse,” says Amber Gallup, who became the USAS field coordinator after volunteering for the Indiana University chapter. “We have the strategy of national, coordinated grassroots action that seems to have worked really well in a couple of campaigns. We have built student power on campus to leverage our administrators and then leverage large companies to make real changes in workers’ lives.”

The third type of anti-sweatshop group focuses on a local base, like churches or K–12 schools. The most powerful example is the New York State Labor-Religion Coalition, a network of nine affiliates. Last year, the coalition convinced the state legislature and Gov. George Pataki to enact a law permitting schools to reject bids from companies for using sweatshop labor. The coalition now works with teacher unions and child-labor activists on a campaign for sweat-free purchasing policies in the state’s 740 school districts.

The fourth anti-sweatshop pillar—groups focusing on a particular company or location—includes US/LEAP, Educating for Justice, Sweatshop Watch, STITCH, Make the Road by Walking, and many others.

The power all four types of groups can wield when coordinated is evident at Mex Mode, a Korean-owned sweatshop in the central Mexican state of Puebla. The plant, formerly called Kukdong, makes fleece garments for Reebok and Nike. When its workers went on strike for union recognition in January 2001, the AFL-CIO’s Mexico City office relayed the news to United States anti-sweatshop groups.

USAS sent members to investigate the factory and used its involvement in a factory-monitoring organization called the Worker Rights Consortium to pressure university administrations. “We created listservs and conference calls and we started coordinating this campaign together,” Gallup says. “We got 30 schools to send letters to Nike on the same day. Nike was forced by the pressure of these administrators—and the fear of losing this college market and having its public image affected—to get its manufacturer to recognize an independent union, and it was forced to keep the production there.”

CLR, for its part, mobilized religious groups, union locals, and others to visit 40 of Mexico’s 45 consular offices across the United States last July. Others rallying for the Kukdong workers included Global Exchange, US/LEAP, the International Labor Rights Fund, and a myriad of local groups in Canada, the United States, Europe, and Australia.

The workers won their first union contract in September and another this April. “This is the first time that workers in [Mexico’s] maquiladora zones have been able to create an independent union,” Gallup says.

Under pressure from the movement, some apparel corporations have agreed to “multi-stakeholder arrangements”—standards and enforcement mechanisms set by the company, consumers, and sometimes workers, local NGOs, and other groups. The standards cover the company or a particular assembly plant.

In El Salvador, Guatemala, and Honduras, the anti-sweatshop movement and worker groups have managed to open some factories to independent monitoring to verify whether the nation’s labor laws and United States apparel company codes are being followed. The most effective monitors are local NGOs or plant workers. “Local groups that understand labor rights in the community can better understand the situation than commercial monitors that come in for two days,” says Yanz, the Maquila Solidarity Network director. 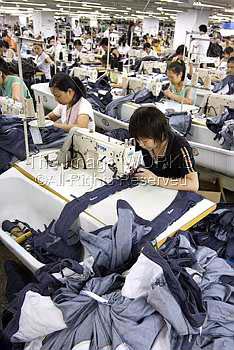 The movement’s effect on labor conditions ultimately depends on greater coordination among anti-sweatshop actors: agreeing on which corporations to target and which union organizing to support; joining forces behind pro-worker legislation and treaty proposals; and linking local grassroots bases for nationwide responses when workers are fired for organizing. “We’re often behind in bringing all of our leverage to bear,” Coats says. “By the time people in the north hear about a problem, it’s often too late.”

A large antisweatshop alliance could convince foundations to devote more money to the movement. A national coordinating center, perhaps modeled after Canada’s Maquila Solidarity Network, could enable unions, NGOs, faith-based groups, and students to develop a coherent strategy and increase the movement’s political power. Two initiatives appear to be steps in the right direction. The National Labor Committee is working on an international effort, the Abolish Sweatshops Campaign, modeled after the campaign to abolish land mines. Participants include USAS, the International Labor Rights Fund, TransAfrica, the United Steel Workers of America, and labor and NGO leaders in Nicaragua, Honduras, Bangladesh, Hong Kong, and Mexico.

The other promising initiative is called SweatFree Communities, a network for local actions against sweatshops. “We’re still growing as a movement—growing in both our reach and creativity,” says Larry Weiss, the Resource Center of the Americas organizer. “And we’re more connected than ever with workers in the various places. I believe we’re close to some changes for apparel workers, both in terms of organizing and conditions.”

Dan La Botz teaches Latin American studies at Miami University in Oxford, Ohio. He edits Mexican Labor News and Analysis and is the author of several books on labor. This article is excerpted with permission from Resources Center of the Americas (www.americas.org).