What is Green Economics? 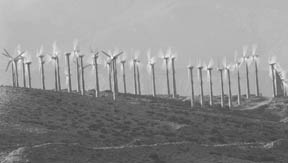 Green economics is the economics of the real world—the world of work, human needs, the Earth’s materials, and how they mesh together most harmoniously. It is primarily about “use value,” not “exchange value” or money. It is about quality, not quantity, for the sake of it. It is about regeneration—of individuals, communities, and ecosystems—not about accumulation, of either money or material.

The industrial or capitalist definition of wealth has always been about the accumulation of money and matter. Any use values generated (i.e. social needs met) have been secondary—a side-effect, by-product, spin-off, or trickle-down—to the primary goal of monetary accumulation. For two centuries, the quest to accumulate money or capital drove a powerful industrialization process that actually did spin off many human benefits, however unfairly distributed. But blind material and monetary growth has reached a threshold where it is generating more destruction than real wealth. A post-industrial world requires an economics of quality, where both money and matter are returned to a status of means to an end. Green economics means a direct focus on meeting human and environmental needs.

Tinkering with money, interest rates, or even state regulation is insufficient in creating sensible economies. One can scarcely imagine a more inefficient, irrational and wasteful way to organize any sector of the economy than what we actually have right now. Both the form and the content of sustainable agriculture, of green manufacturing, of soft energy, etc., are diametrically opposed to their current industrial counterparts, which are intrinsically wasteful. There is no justifiable rationale to be producing vast quantities of toxic materials, or generating more deskilled than skilled labor, or displacing labor rather than resources from production, or extending giant wasteful loops of production and consumption through globalization. These are economic inefficiencies, economic irrationalities that can only be righted by starting from scratch—to look at the most elegant and efficient ways of doing everything. As green economist Paul Hawken writes, our social and environmental crises are not problems of management, but of design. We need a system overhaul.

Green economics is not just about the environment. Certainly we must move to harmonize with natural systems, to make our economies flow benignly like sailboats in the wind of ecosystem processes. But doing this requires great human creativity, tremendous knowledge, and the widespread participation of everyone. Human beings and human workers can no longer serve as cogs in the machine of accumulation, be it capitalistic or socialistic. Ecological development requires an unleashing of human development and an extension of democracy. Social and ecological transformation go hand in hand.

Green economics and green politics both emphasize the creation of positive alternatives in all areas of life and every sector of the economy. Green economics does not prioritize support for either the “public” or the “private” sector. It argues that both sectors must be transformed so that markets express social and ecological values, and the state becomes merged with grassroots networks of community innovation. For this to happen, new economic processes must be designed, and new rules of the game written, so that incentives for ecological conduct are built into everyday economic life. The state can then function less as a policeman and more as a coordinator.

This is a very different kind of “self-regulation” than current profit- and power-driven market forces. The basis for self-regulation in a green economy would be community and intelligent design, which provides incentives for the right things.

Ten Principles of a Green Economy:
1. The Primacy of Use Value, Intrinsic Value, and Quality: This is the fundamental principle of the green economy as a service economy, focused on end-use, or human and environmental needs. Matter is a means to the end of satisfying real need, and can be radically conserved. Money similarly must be returned to a status as a means to facilitate regenerative exchanges, rather than an end in itself. When this is done in even a significant portion of the economy, it can undercut the totalitarian power of money in the entire economy.

2. Following Natural Flows: The economy moves like a proverbial sailboat in the wind of natural processes by flowing not only with solar, renewable, and “negawatt” energy, but also with natural hydrological cycles, with regional vegetation and food webs, and with local materials. As society becomes more ecological, political and economic boundaries tend to coincide with ecosystem boundaries. That is, it becomes bioregional.

3. Waste Equals Food: In nature there is no waste, as every process output is an input for some other process. This principle implies not only a high degree of organizational complementarity, but also that outputs and by-products are nutritious and non-toxic enough to be food for something.

4. Elegance and Multifunctionality: Complex food webs are implied by the previous principle—integrated relationships which are antithetical to industrial society’s segmentation and fragmentation. What Roberts and Brandum (1995) call “economics with peripheral vision,” this elegance features “problem-solving strategies that develop multiple wins and positive side-effects from any one set of actions.” [1]

5. Appropriate Scale/Linked Scale: This does not simply mean “small is beautiful,” but that every regenerative activity has its most appropriate scale of operation. Even the smallest activities have larger impacts, however, and truly ecological activity “integrates design across multiple scales,” reflecting influence of larger on smaller and smaller on larger (Van der Ryn & Cowan, 1996).2

6. Diversity: In a world of constant flux, health and stability seem to depend on diversity. This applies to all levels (diversity of species, of ecosystems, of regions), and to social, as well as ecological organization.

7. Self-Reliance, Self-Organization, Self-Design: Complex systems necessarily rely on “nested hierarchies” of intelligence, which coordinate among themselves in a kind of resonant dance. These hierarchies are built from the bottom up, and—in contrast to civilization’s social hierarchies—the base levels are the most important. In an economy which moves with ecosystem processes, tremendous scope for local response, design, and adaptation must be provided, although these local and regional domains must be attuned to larger processes. Self-reliance is not self-sufficiency, but facilitates a more flexible and holistic interdependence.

8. Participation and Direct Democracy: To enable flexibility and resilience, ecological economic design features a high “eyes to acres” ratio (Van der Ryn & Cowan, 1996): lots of local observation and participation.[2] Conversely, ecological organization and new information/communications technologies can pro-vide the means for deeper levels of participation in the decisions that count in society.

9. Human Creativity and Development: Displacing resources from production and tuning into the spontaneous productivity of nature requires tremendous creativity. It requires all-round human development that entails great qualities of nurture. These are qualities of giving and real service that have been suppressed (especially in men) by the social and psychological conditioning of the industrial order. In green change, the personal and political, the social and ecological, go hand in hand. Social, aesthetic, and spiritual capacities become central to attaining economic efficiency, and become important goals in themselves.

10. The Strategic Role of the Built Environment, the Landscape, and Spatial Design: As Permaculturalist Bill Mollison has emphasized, the greatest efficiency gains can often be achieved by a simple spatial rearrangement of system components. Elegant, mixed-use, integrated design that moves with nature is place-based. In addition, our buildings, in one way or another, absorb around 40 percent of materials and energy throughput in North America. Thus, conservation and efficiency improvements in this sector impact tremendously on the entire economy. Green economic conversion must be radical, but it must also be incremental and organic. How is this possible? Rodale cites the need for a kind of economic succession which mimics ecological landscape change. We need “pioneer enterprises” that can thrive in today’s hostile economic landscape, but also prepare the ground for more ecological and egalitarian enterprises to come. A vision of what each sector of the economy would look like in an ecological economy—based on the specifics of each place—is a starting point. This vision must be coupled with practical action in each of these sectors, gradually moving toward this vision. Enough practical activity can eventually generate the impetus for state action to level the playing field for ecological alternatives.

1 Roberts, Wayne & Susan Brandum, GET A LIFE! How To Make a Good Buck, Dance around the Dinosaurs, and Save the World While You’re at It, Get A Life Publishing, 1995.
2 Van der Ryn, Sim & Stuart Cowan, Ecological Design, Island Press, 1996.

Brian Milani is the author of Designing the Green Economy, a member of the Coalition for a Green Economy, and an instructor at York University in Toronto, Canada. This article first appeared in Synthesis/Regeneration 37, Spring 2005.