By john a. powell 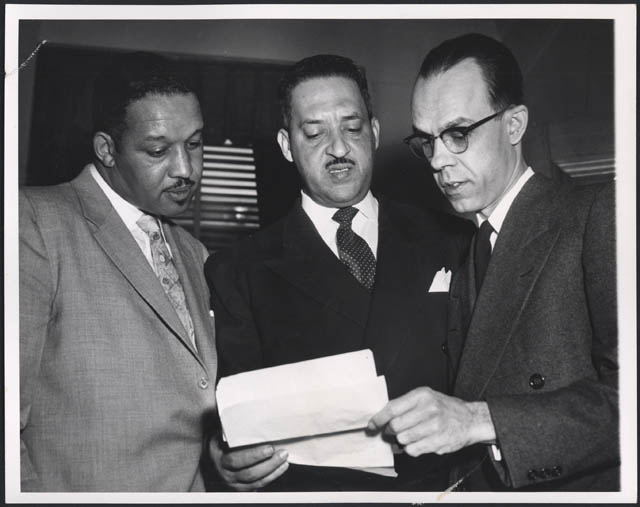 When we look at where we are in society on issues of race, regionalism, and segregation, sometimes it seems like we’re really going backwards. I want to talk about why I think that is so and how we can move forward.

In 2004, we commemorated the 50th anniversary of Brown v. Board of Education. In 2005, we commemorated Brown II. In Brown I, the Court condemned Jim Crow and called for moving towards integration, but then, before we got into the actual game plan, it said, “Let’s come back and talk about the remedy.” That was Brown II.

Brown I was a great inspiration but Brown II was a great mistake. Brown II was where we got the infamous and deathly slow “all deliberate speed.” In a more cynical perspective, I suggested Brown II was decided before Brown I; that in order to get a unanimous decision on Brown I, there was an agreement in court that there would not be implementation under Brown II. And there’s a lot in history to suggest that.

In the last few years, there have been dozens of books about Brown. If you read those books—and I think I’ve read all of them—most of them, at best, are very ambivalent about the idea of integration. Take What Brown Should Have Said, for example, a compilation of opinions by nine scholars. In it, Derick Bell, a profound thinker considered by many to be the father of critical race theory and the first African American tenured professor at Harvard Law School, says that Brown was wrongly decided and that Plessy was the right decision. Just think about this: an African American scholar who worked at the Legal Defense Fund is embracing segregation!

Segregation, whether imposed by others or self-imposed, can only be understood in the American context against the background of white supremacy. It cannot be understood as just a free-floating idea of individual choice. It is false symmetry to ask: “Why is it that when we have an all-white community we don’t say it’s segregated and needs to be fixed; yet, when we have an all-black community, we say there’s something wrong with that?” 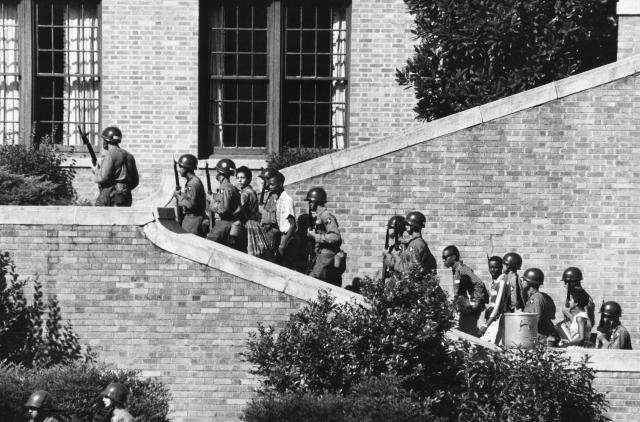 Oftentimes, public discourse around segregation quickly turns into a discussion of choice. You can hear people say, “Well, you know, blacks and Latinos and Asians, they don’t even want to be integrated anymore—maybe they never did. People are self-segregating.” When Supreme Court Justice Clarence Thomas—not a great scholar or intellect, but a very powerful person, nevertheless—poses the question, “Isn’t it racist to say that black children have to go to school with white children to get an education?” he is, like many others, conflating black segregation with white segregation. So I want to just tease that out.

We did a study at the Institute on Race and Poverty where we looked for what we called “truly integrated schools.” You won’t be surprised to learn that we found no such school in the United States. We found a lot of schools that were desegregated. But most schools, in various forms, were segregated, or else, in various states of desegregation or resegregation. When I talk about truly integrated schools, I mean something quite profound; schools that do more than just put people together. I mean schools that integrate structures and norms. Mere desegregation and assimilation is not true integration.

When the powerful and the elite, say: “There’s something wrong with the racial other, so keep them away from us,” that’s segregation. When they say: “There’s something wrong with the racial other, we need to fix the other and make them more like us,” that’s assimilation. Both models are predicated on something being wrong with the “other.” But the second model often gets conflated with integration. So, it’s not surprising that black scholars—and black people in general—are truly repelled at both of the models. James Baldwin talked about this in an essay, “The Price of the Ticket,” where the title refers to the “cost” of becoming a member of white society. Baldwin concludes that the price is too high.

What segregation means, in addition to being separated by phenotype, language, or religion, is segregation from opportunity. Since Jim Crow and formal racial hierarchy have decreased, spatial racism has become the most important and functional way to distribute opportunity. So, when they talk about inner-suburbs, rather than inner-cities, you know that many of those suburbs are in trouble. Why? Not necessarily because white folks are leaving or blacks and Latinos are showing up, but because opportunity is leaving. We are structuring opportunity spatially so that certain populations do not have it.

We create suburbs and exurbs, and try to structure them in such a way that all of the tax capacity, all of the schools, all of the high-functioning children, all of the new development, all of the jobs, all of the transportation money, all of the parks, in short, everything we associate with opportunity and making a good life, are heavily concentrated or monopolized in these communities.

What’s the function of segregation? In what ways do we distribute opportunity? In her book, The Failures of Integration, Sheryll Cashin looks at Prince George’s county, Maryland just outside of Washington D.C., which has the highest concentration of wealthy African Americans in the country, and asks, “Is segregation working there?” Usually, when we talk about segregation of black people, we’re also talking about concentrated poverty. But Cashin decided to look at concentrated wealth among blacks and found that they are not doing so well either. I am not suggesting (and neither is she) that they are not doing well because they are black folks. Rather, I am suggesting that they are not doing well because of the way that the larger society distributes opportunity, even to an affluent black community.

Most of us—scholars, thinkers, academics—would agree that race is socially constructed, which suggests that racial hierarchy and racial disparities are also socially constructed. How? In part, through the distribution of space and opportunity. But there’s something even more profound to which we have not paid enough attention—that is the construction of race. I would suggest that segregation is part of the way that we distribute racial identity and bring meaning to racial identity. So, it’s not simply white folks over there and black folks over here, and how do we distribute goods and services to them? We are actually using this mechanism to distribute identity itself.

In a piece I wrote recently, I suggest that the creation of whiteness and white identity and the creation of the modern self occurred at the same time, and is really the same event, especially in the Anglo-American tradition. And what are the attributes of that modern self in the Anglo-American tradition? In his book, The European Dream, Jeremy Rifkin suggests that Hobbes, who may be considered a founder of the Anglo-American identity, looked out at the world, found it a scary place and set out to find a way to manage it. His solution was to accumulate power, accumulate private property, dominate and control the world and, to exclude the scary other. That exclusion, that domination, that scariness, is the Anglo-American white self.

Toni Morrison has said that after 300 years of being a racist society, we’ve looked at how racism and slavery have distorted and marred people of African descent, but we haven’t paid enough attention to how that process has marred and scarred people of European descent. What I want to suggest is that segregation hurts all of us, but it hurts us in different ways. What we really need to create is an alternative space for whiteness.

Let me close by just saying that when we talk about integration and segregation, it’s often something disturbing: the school may be integrated but the black kids are in the basement, while the white kids are upstairs in the AP classes; or the black kids are being ignored by their teachers in the integrated schools, so they are getting a worse education than they did in the segregated schools; or the black families are being pushed out of neighborhoods in transition. People look at these things and say, “Maybe integration isn’t such a good thing.” I want to clarify that this is not integration. And as long as we have racial hierarchy, we will continue to have segregation.

john a. powellis director of the Institute for the Study of Race and Ethnicity in the Americas at Ohio State Uiversity and the Gregory H. Williams Chair in Civil Rights and Civil Liberties in the Moritz College of Law. This is an excerpt from a speech given at a University of Minnesota, Institute on Race and Poverty converence on race and regionalism in 2005.

Related Stories:
Racial and Gender Justice
Education
Tweet
‹ “We’re in This Together” An interview with Danny Glover up Pride and Prejudice ›