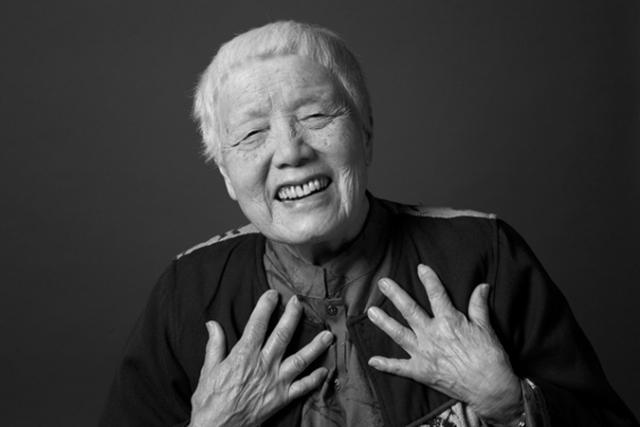 From a Speech by Grace Lee Boggs

But what I also learned as I grew older was that how we change the world and how we think about changing the world has to change.

How Do We Reimagine?
We reimagine by combining activism with philosophy. We have to do what I call visionary organizing. We have to see every crisis as both a danger and an opportunity. It’s a danger because it does so much damage to our lives, to our institutions, to all that we have expected. But it’s also an opportunity for us to become creative; to become the new kind of people that are needed at such a huge period of transition. That’s why it’s so wonderful to be here today—that we dare to talk about revolution in such fundamental terms.

Detroit: From Unimaginable to Reimagined
I came to Detroit nearly 60 years ago and since that time I’ve lived in the same house most of the time. When I came to Detroit there were two million people here. [Now there are about 700,000.] The Chrysler plant, where my husband worked, employed 17,000 workers. Outside my house, if you threw a stone up in the air, it would hit a Chrysler worker on the way down. Within a  year, the 17,000 workers dwindled to 2,000. High-tech automation was eliminating the jobs that had made Detroit the arsenal of democracy during World War II.

How do we grapple with a change as remarkable as that? How do we take advantage of high tech to create a new mode of production? How do we use it to make ourselves more self-reliant and more productive?

We have to reimagine work—we can’t talk about jobs any more. We can’t beg for jobs or hope for jobs. And we have to recognize that jobs in the industrial period were actually a way to fragment our humanity. We began to depend on higher wages and consumer goods to compensate for our dehumanization. We have to create forms of work that create community and expand our humanity. I mean that’s where we are!

That’s why we have to talk about revolution these days. We have to get rid of the old ideas of leadership and followership and use our imaginations to create the new.

I’d like to say something about the crisis we faced in Detroit in the 1980s. In the wake of the rebellions, a lot of violence had broken out in the city. The veterans who were coming back from the Vietnam War, were developing a crack society—a lot of crack, a lot of violence against one another. [Mayor] Coleman Young proposed that we should create a casino industry to create jobs because [he said] a lack of jobs was responsible for the violence. We said “no.” The alternative was to involve the young people in the rebuilding, the redefining, and the re-inspiriting of the city from the ground up. We created this program called Detroit Summer. Shea Howell was the co-coordinator of the first Detroit Summer and for many years after. I think that is visionary organizing. 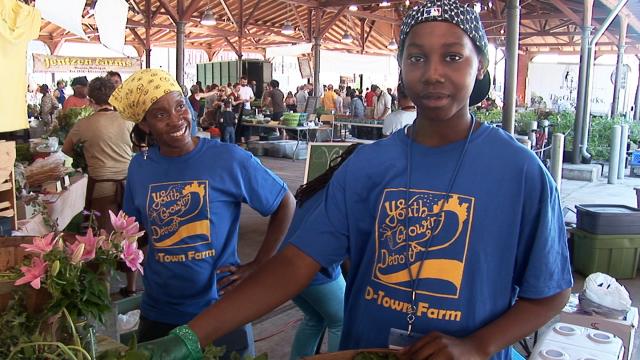 How do we rebuild, how do we redefine, how do we re-spirit our communities and one another? We can’t expect Obama or Mitt Romney to abolish the war in Afghanistan. They have put us in those wars. They have created the crisis. They are not going to solve it. We’re the ones who have to solve it by creating another kind of society and by taking advantage of their helplessness and their powerlessness to do it.

We have been lucky in Detroit. Out of the devastation of deindustrialization, we have recognized the need to create a post-modern, post-industrial society. I urge you to come to Detroit and get the idea and share the experience of the American revolution we are creating and to begin your own visionary organizing back in your own community. We have the opportunity; we have the challenge in this period to create a new humanity, to create a new society, to create a whole new paradigm of education. We have to think of education and young people not as a problem but as a solution. We have to enlist them in the solutions to the problems of our communities. That’s a whole new way of reimagining youth and the relationships between generations. [It’s] an enormous challenge, an enormous task. Now, where do we go from here?

It seems to me that we don’t need to talk only about the hours of work but about the difference between the way women look at work and the way you have a job. You have jobs that demean you, that dehumanize you, that fragment you; that make you an appendage to the machine. We make up for it by demanding higher wages or shorter hours. What we need is the kind of work that women do—not counting the hours because they care—and that’s a real transformation from a patriarchal concept of work to a matriarchal concept of work. That’s where we are. I mean we are fundamentally [challenged] in terms of our human identity at this moment. Until we approach this moment with that challenge in mind, we’re going to get lost.

Growing Our Souls
I first used the concept of growing our souls about 10 years ago. Radicals don’t usually talk about souls—but I think we have to. What I mean by souls is the capacity to create the world anew, which each of us has. How do we talk about that with one another? It’s not only important to act, it’s important to talk because when you talk you begin to create new ideas and new languages. We’ve all been damaged by this system—it’s not only the capitalists who are the scoundrels, the villains; we are all part of it. And we all have to change what we say, what we do, what we think, what we imagine.
I like to encourage folks to not only think dialectically and philosophically but also to think more about our brains, about neuroscience—about the capacity we have to think anew. We can only do that if we understand that there’s a tendency in the structure of our brains to get fixed in old categories, to get locked into old concepts. That’s why philosophy is so important—thinking dialectically, thinking philosophically, thinking about growing our souls.

Grace Lee Boggs is a Detorit-based organizer. Excerpted from “On Revolution: A Conversation Between Grace Lee Boggs and Angela Davis” held on March 2, 2012 at the Pauley Ballroom, University of California, Berkeley. Transcript courtesy of Making Contact.