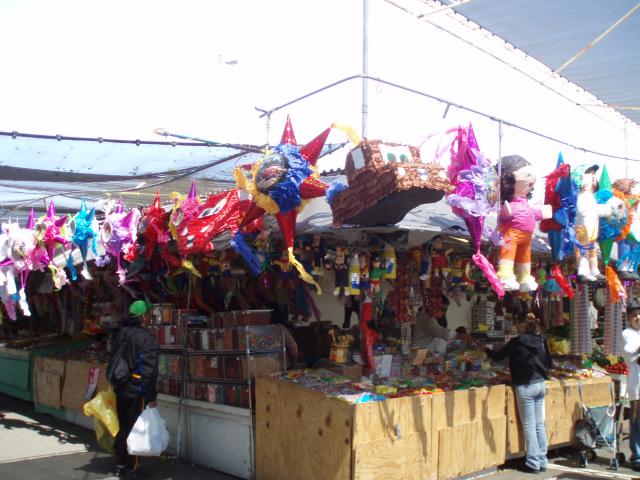 Called La Pulga or “the flea” by the region’s Spanish-speaking communities, the San Jose Flea Market has been a South Bay community institution for more than 50 years. The 120-acre open air market is the largest in the nation and attracts over four million visitors annually. For Mexican, Central and South American, Vietnamese, Korean, Chinese, and South Asian immigrants, it has provided a one-of-a-kind opportunity to incubate small businesses offering an unparalleled variety of affordable, culturally-specific goods and services.

In 2007, the Valley Transportation Authority in Santa Clara County released a Draft Supplemental Environmental Impact Report on the planned 16-mile extension of the Bay Area Rapid Transit (BART) train line from Fremont to San Jose. Its northern most stop would be located on Berryessa Road right by the flea market. Shortly after the report’s release, the owners of the property where the flea market is located hired a consulting firm to draw up plans for an upscale mixed-use residential and commercial development. Then, without informing the vendors, the owners appealed to the San Jose City Council to change the site’s zoning designation to allow for development, and received it—given the potential for new housing stock along the BART extension corridor—thus paving the way for the flea market’s closure.

In 2009, an award-winning short film about the San Jose Flea Market—La Pulga—was released. It features Rigoberto, who came to San Jose from Mexico in 1990, to help a friend run his flea market stand. Since then, Rigoberto has opened his own stand, selling Mexican candy and piñatas with his wife and children. “All of this has helped me realize my dream,” he told the filmmakers. “But the dreams of my children, as well as my fellow merchants here will come undone if the flea market should close.” 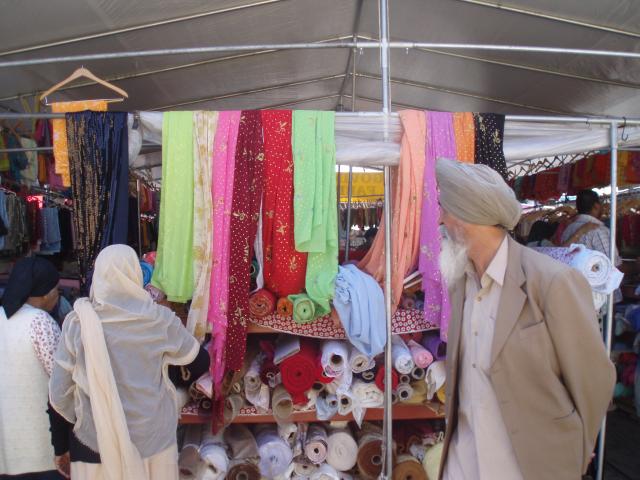 A Blow to Immigrant Entrepreneurship
The San Jose Flea Market struggle highlights critical aspects of how we understand, resist, and prevent displacement caused by gentrification, especially around transit oriented development (TOD). For example, housing groups may fight for greater affordability of TOD sites, but what about the small businesses and other community institutions that meet the needs of those residents at risk of displacement? It was a question raised by the flea market vendors and their supporters when they showed up by the hundreds at city council meetings to protest the proposed closure.

Chris Lepe, a community planner with TransForm, who as a student at San Jose State University in 2007 helped the flea market vendors in their campaign against the closure, says: “Before the merchants and community organized, City Hall showed no consideration for the cultural and economic importance of the market for San Jose’s immigrant and working class communities. We were outraged because we felt that [the role of] government was to mitigate the environment and social impacts of market forces, but instead it was rushing to approve the plan without regard to thousands of people whose livelihoods were tied to that land.”

In many ways, the council’s initial failure to recognize the economic and social benefits of the flea market speaks to the historical invisibility of immigrant entrepreneurship. Family-owned businesses have always been a critical source of economic development in immigrant communities where people have traditionally been excluded from access to capital. 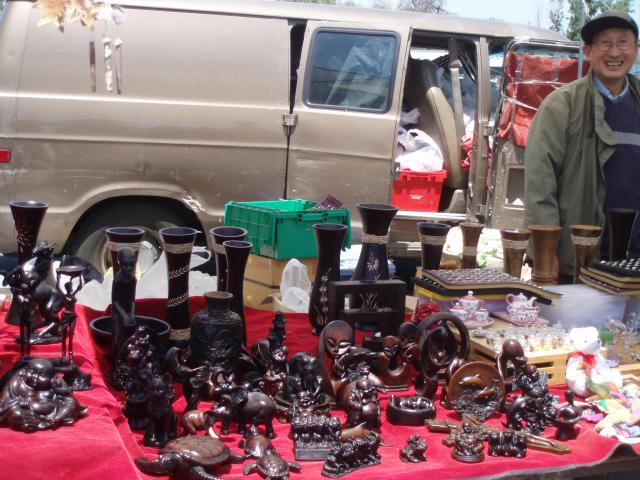 Flea Market Offers Deals and Livelihoods
When the San Jose Flea Market vendors began organizing in 2007, their top demand was that the City Council recognize the economic and social value of the market and commit city resources to helping them find an appropriate site for relocation. Speaking at the last zoning meeting in March 2007, one vendor implored the council to consider the extent of the impacts, saying: “The flea market provides us a place to succeed. I’m not looking for a handout. I’m not asking for anything from the government. I just want to work.”

Although the council—responding to pressure from the vendors—eventually voted to explore potential relocation options for the flea market, it has still to make good on this promise. The economic downturn had given the flea market an unintended reprieve, but since last fall, progress on the multimillion dollar development has picked up again. This time around, however, the owners have informed the vendors that they intend to preserve the flea market in a new, scaled back plan for the site. Still, the vendors and their supporters are not taking anything for granted. Urban Habitat and the University of California Berkeley’s Center for Community Innovation are currently conducting research into the social and economic impacts of the San Jose Flea Market through surveys and interviews with merchants and consumers.

Preliminary findings confirm the critical role the flea market has played in providing economic opportunity. A surprisingly high percentage of merchants surveyed report that they started selling at the flea market because they were either unemployed or had been laid off, and the flea market business helped them survive. Ninety percent of vendors surveyed live in San Jose, thus not only serving the South Bay’s diverse communities, but also reinvesting their earnings back into the local economy. Among the customer base, two-thirds of the 277 surveyed reported that price was very important in their decision to shop at the flea market. Customers tend to be from low- and middle-income households—a majority earn less than $50,000 annually and a quarter, less than $25,000. (Santa Clara County’s 2009 estimated median family income was $88,525.*) Complete results of the research will be available at Urban Habitat’s website later this year.

Survivor: The Flea Market Strategies
Despite the owner’s stated desire to let the San Jose Flea Market remain for now, the vendors and their supporters have identified a variety of possible strategies for ensuring the market’s survival, whether or not it stays at its current site. They are:

Claiming TOD for Transit Users
Low-income communities and communities of color have as much a stake as anyone in TOD, as they are more reliant than anyone on transit. So it is all the more important that protecting culturally relevant and community-driven economic engines like the San Jose Flea Market in TOD zones become part of the vision for sustainable development.

“Many developers and elected officials have joined the movement for ‘greener’ cities and transit oriented development, in response to consumer demand and a more conscious voting public,” says Chris Lepe, community organizer with TransForm. “Now we have to work to place social justice at the forefront of grassroots efforts to build more sustainable cities. A healthier environment cannot exist without an equitable society.”

The results of the Northeastern study (see Sidebar) provide a unique opportunity for communities fighting displacement and TOD advocates to come together and reformulate a framework for just and successful TOD.

Development and Displacement
Last fall, the Dukakis Center for Urban and Regional Policy at Northeastern University released the results of a groundbreaking study on the relationship between transit-oriented development (TOD) and gentrification.[1] The report not only confirmed many of the risks associated with TOD that affordable housing groups have long suspected, it also revealed some surprising new reasons for concern.

- TOD drives up land values and housing costs, leading to an influx of higher-income residents, while causing low-income people and people of color—especially renters—to be priced out of their neighborhoods.
- Wealthier populations moving into TOD neighborhoods are more likely to own cars and the increased vehicle ownership alongside the displacement of traditional transit users in many instances can actually lead to a decrease in transit use.

The Northeastern study is only the latest contribution to a mounting body of evidence that gentrification is closely association with TOD. In 2009, the Center for Community Innovation (CCI) collaborated with the Association of Bay Area Governments to develop an “early warning tool kit”[2] outlining factors affecting a neighborhood’s susceptibility to gentrification following public investment in transit improvements. CCI’s analysis of 1990 and 2000 census data for Bay Area counties found that gentrifying neighborhoods are almost twice as likely to be within a half mile of transit as non-gentrifying neighborhoods.

Policy Drives Density
The dynamics of neighborhood change must be viewed in the context of a changing policy and market environment. In 2008, TOD officially became statewide environmental policy in California. Senate Bill 375 establishes a framework for integrating regional land-use, transportation, and housing development policy in accordance with the greenhouse gas emissions reduction goals outlined in Assembly Bill 32, which had become law two years earlier.

While SB375 provides metropolitan planning organizations with new tools to encourage housing development, the guiding framework for new housing along transit focuses almost exclusively on density rather than on affordability. The affordability components associated with the law consist only of incentives, not requirements. Without mechanisms to ensure that TOD-generated housing is affordable to a range of income levels, neighborhoods around transit corridors become vulnerable to land speculation and to the enormous instability it creates in local housing markets. This vulnerability is magnified by two factors underlying the rise of TOD:
1. Proposition 13 and other measures that have hamstrung government’s ability to raise revenues encourage cash-strapped local governments to seek the highest possible revenues from land-use decisions.
2. While TOD arose from a specific set of social and environmental concerns, its rise to prominence as policy has occurred alongside renewed interest in compact, urban development with proximity to transit among  the young professional class.

Who Gets In, Who Moves Out?
Existing public transit infrastructure is, unsurprisingly, most developed in and around major U.S. metropolitan areas, which are home to 75 percent of immigrants, 65 percent of Latinos, and 55 percent of African Americans, but only 35 percent of whites.
Displacement around TOD is most evident in metropolitan centers and in places where rental housing—which is most immediately affected by changes in the housing market—predominates. Analysis of 2000 census data by the Center for Transit Oriented Development (CTOD) for 3,300 transit zones nationwide found that renters make up nearly two-thirds of those living within a half mile of transit stations.[3]

In addition to market-rate rental units, AARP’s Public Policy Institute reports that in 20 large metropolitan areas, there are nearly 200,000 federally subsidized affordable rental apartments within a quarter mile of existing or planned transit stations. Seventy percent of them have contracts that will expire before 2014.4 —GB

Ginny Browne recently moved from San Jose to begin graduate work in urban planning at UCLA. She has worked as a researcher and organizer for labor and community-based organizations in the Bay Area and New York City.