Undocumented Immigrants Stand up to Chipotle 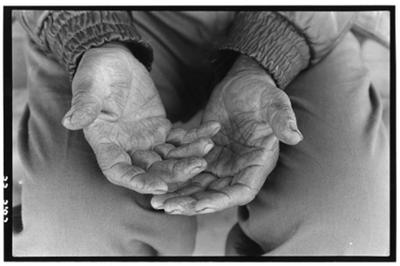 ICE Logic Fails to Hold Water
The same inhuman logic convinced Congress to pass the Immigration Reform and Control Act of 1986, which compels employers to verify workers’ immigration status and makes it illegal to employ people without papers. But that logic has failed because no one has left. Its only real effect has been to turn workers into criminals.

In the last 25 years, owing to the pro-corporate market reforms of NAFTA and CAFTA, more people in Mexico and other developing countries have been driven from their homes. The 600 mostly-Mexican workers who worked for a minimum wage serving Mexican food at Chipotle were part of that exodus. Many of them had worked at Chipotle for years, until the Department of Homeland Security audited the company’s personnel records and finding incorrect Social Security numbers, demanded that Chipotle fire those workers.

Similarly, at the Calhoun Lake restaurant in Minneapolis where Alejandro Juarez had worked for five years cleaning and fixing the stoves, grills and refrigerators for $9.42 an hour. One day the manager simply told Juarez not to bother coming back the next day.
“The company used us,” said Juarez, “and when it didn’t serve them anymore, they threw us away like trash.”

John Morton, head of the U.S. Immigration and Customs Enforcement (ICE), plans to have many more mass firings. The ICE website claims that it targets employers “using illegal workers to drive down wages... [those] likely to pay illegal workers substandard wages or force them to endure intolerable working conditions.” In truth, ICE never improved wage or working conditions at Chipotle or any other sanctions target. And although Morton boasts that ICE collected $7 million in employer fines from 2,740 audits, those who cooperated by firing workers were given immunity. So, the only people penalized were the workers.

Solidarity Gives Voice to the Undocumented
Fortunately for the Chipotle workers in Minneapolis, they hooked up with Centro de Trabajadores Unidos en Lucha (CTUL), a.k.a. Center of Workers United in Struggle, and were able to build an alliance with the city’s janitors’ union, Service Employees Local 26. The union had already been hit by audits that led to the firing of hundreds of its members, including stewards, officers, and core activists. Together, the Chipotle workers and the building cleaners marched and picketed the restaurants, where several supporters were arrested.

As the ICE-induced mass firings continue, many other unions will face the same situation. Some, like the janitor unions in Minneapolis and San Francisco, have fought back seeking time extensions, back wages, owed vacation, and severance as a means of survival. In Minneapolis, workers have also demanded that Chipotle support immigration reform, bringing the human rights aspect of immigration to the forefront.

The comprehensive immigration reform proposals put forth by Congress in the last five years have not stopped the mass firings—only threatened to increase them. But as Congress moves more to the right, many immigrant rights groups and unions are moving more to the left—demanding reforms that reinforce the human and labor rights of people like the janitors and Chipotle workers. One proposal, the Dignity Campaign, calls for granting legal status to the undocumented, repealing employer sanctions, and ending trade policies that lead to forced migration.

1999 AFL-CIO Positions Lost in the Dust
The position taken by the Dignity Campaign reflects the one adopted at the AFL-CIO convention in 1999, where it was argued that immigrant workers should be able to organize to demand improved wages and conditions. San Francisco’s hotel union later won a decision invalidating firings based on bad Social Security numbers. And unions even got a court injunction against Bush’s regulation mandating such terminations.

After 1999, however, some unions supported bills that promised limited legalization, even at the price of more workplace enforcement. Making work a crime has made organizing harder and pitted workers against each other during times of high unemployment. And recently, the AFL-CIO’s Building and Construction Trades Department even called for stepped-up sanctions enforcement without legalization.
There is little doubt that even in an economy with double-digit unemployment, thousands more will be fired—induced by an enforcement regime that last year caused 395,000 deportations and put 345,000 people in detention.

Making Human Rights Count
Current rumor in Washington has it that too much protest may provoke ICE to go back to the Bush-style raids. Nevertheless, the janitors and Chipotle workers in Minnesota have shown the country that even without papers, you can stand up for your rights.
“We have to make our rights count for something,” Juarez points out. “We’re not criminals. We have to say what we think and let the company and government see we’re united.”

It is now up to the unions and immigrant rights organizations to choose whether or not to stand with the workers and demand not only that the firings and deportations stop, but also that there be real immigration reform that guarantees basic human and labor rights.

David Bacon is a freelance writer and photographer. For more articles and photos see http://dbacon.igc.org. A version of this article was previously published in the February 2011 online edition of The Nation.

END_OF_DOCUMENT_TOKEN_TO_BE_REPLACED

END_OF_DOCUMENT_TOKEN_TO_BE_REPLACED
History of Exploitation: from Slavery to Domestic Work